Using mini-retirements to get more out of life: An interview with Timothy Ferriss

On a cool Thursday morning last July, I woke early to walk into the hills outside Wells in Somerset County, England. After three-quarters of an hour, I reached a point with a broad vista of the surrounding countryside. I leaned against a fence post and took in the view — I could have sworn I was looking at Hobbiton. 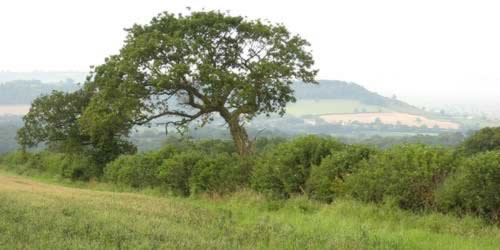 After a few minutes of silent contemplation, I walked back to town. I took a brief tour of the Wells Cathedral before picking up a bite to eat a nearby bakery. I then joined the rest of my group for our drive to Stonehenge. In the evening, we stopped in Dorchester, where Kris and I gave ourselves a self-guided tour of the city.

We were standing in the Maumbury Rings when I announced, “I want to retire here.”

“I know,” I said. But I was thinking of the The 4-Hour Workweek, the book I had been reading on our trip. In it, author Timothy Ferriss argues that instead of deferring retirement to the end of our careers, we would be happier, more fulfilled, and more productive if we instead took “mini-retirements” throughout our lives. Maybe Kris and I couldn't afford to retire to England, but could we save enough to spend several months in Dorchester? Or a year? I've been interested in mini-retirements ever since.

In March, I interviewed Ferris about his notion of “lifestyle design”, the intentional sculpting of a home and career that fits your personal goals. Recently, Tim spoke with me for an hour by phone — this time we discussed retirement. It was a long conversation, so I've divided the interview into three parts:

Tim and I spoke two weeks ago, just after he'd returned from a weekend in Omaha, Nebraska.

J.D.
I've heard some people say that The 4-Hour Workweek is anti-investing. Is that true?

Tim
No, the book is not anti-investing at all. The philosophies in the book are very much pro rational investing. People confuse investing with viewing retirement as the end-all, be-all objective, where you redeem all the things you've postponed for 40 or 50 years. Those are two separate questions: investment being the vehicle, retirement being the objective.

Because I am in many ways anti-retirement, people think that's anti-investment, and that's a confusion. I'm actually very pro-investment. If I define myself as an entrepreneur, then it's my responsibility to take money from my mattress or in my checking account and put that into an area where it's producing more value.

J.D.
In The 4-Hour Workweek, you differentiate between Deferrers and the New Rich. Deferrers take a traditional approach to wealth-building — they save their money for later in life. In some ways, that's the Get Rich Slowly philosophy. They're hoping to amass large sums so they can retire early. On the other hand, the New Rich distribute mini-retirements throughout life.

One of the reasons the traditional approach to retirement works is that you have compound returns working in your favor, so you're able to build large bodies of wealth. It seems to me that if you were to take mini-retirements, you're thwarting some of the advantages to the traditional approach to retirement. I understand some of the mental reasons you want to take mini-retirements, but how do you approach it financially?

Tim
First of all, it's important to recognize the tendency in every human to create false dichotomies, meaning they say, “You can have either A or B,” and not recognizing that there are often many options between those two and elsewhere. There's usually a C option.

Most people believe you either have to have a low-stress, low-reward job and life — you're a home-based dog-sitter with very few responsibilities, a lot of time and no income, but very little stress — or you can be an investment banker, make $500,000 to a $1,000,000 a year, and work 80 to 100 hours a week. You don't necessarily have to choose between those two. You can get the best from both. You can mix-and-match.

There are a few assumptions I operate on. The first is that long life is not guaranteed. If we define risk as the potential for an irreversible negative outcome, there's more risk in postponing the things that you would most like to do for 30 or 40 years versus taking a perhaps sub-optimal, less-compounded return on investment because you allocate some of that to these mini-retirements.

Assumption two is that your ability to generate revenue and to accomplish business objectives is directly dependent on optimal physical and mental recovery. I would argue that when people add hours and only have “too weak” vacations, they'll benefit from taking a mini-retirement and actually return to work with more perspective, greater endurance, and the ability ultimately to produce more money, so that offsets the amount of money spent on that mini-retirement.

J.D.
Have you found that's true in your case?

Tim
Absolutely. If I hadn't taken my four-week mini-retirement initially to London, this book never would have existed. I would still be doing exactly what I was doing, which was 80 hours a week, 7am to 9pm. If I hadn't forced myself to take that four weeks of space…

And the rules I set during that time — the first rule was I couldn't check e-mail more than once a week. That's difficult for most people to do. If you set that as an operating rule, it forces you to streamline your workflow in ways that oftentimes have permanent benefits. You make those changes because you're taking a four-week mini-retirement, but you're creating and optimizing systems that continue to run once you come back. 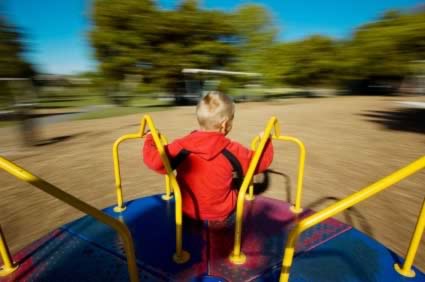 Imagine you have a [merry-go-round]. When you push it, it gets faster and faster and faster, and as it starts to die down, you just give it one or two additional pushes and it regains all of its speed. But if you let it go down to where it stops again, it takes an amazing amount of effort to restart. There's a lot of momentum involved. The mini-retirement provides that one push required to maintain the momentum of a high-performance workflow, which is one of the main objectives of the four-hour workweek.

When people think of retirement, they sometimes lose sight of the fact that there are immediate, short-term, intermediate, and long-term uses of capital. I don't think you necessarily have to sacrifice — in fact, I think you can very much optimize — your experience in a macro-retirement, if you want to pursue that, by taking different options and test-driving them during mini-retirements.

Get a bit of dress-rehearsal time so that when macro-retirement does become a viable option, you've really streamlined alternative activities, you've cultivated your ability to fill the void when you remove work and the office, so that you're actually prepared for it. Most people don't think about preparing for retirement, but filling that void is much more difficult than people recognize.

In the next installment of this interview, Ferriss walks us through the process of setting up a mini-retirement. Look for that conversation early next week.

Timothy Ferriss, nominated as one of Fast Company's “Most Innovative Business People of 2007,” is author of the #1 New York Times, Wall Street Journal, and BusinessWeek bestseller, The 4-Hour Workweek.

Uncommon lifestyles and the truth about the 4-Hour Workweek: An interview with Tim Ferriss

Breaking the Shackles: How to Escape from Minimum Wage