It's been an annoying day here at the box factory. November 15th must be some sort of telemarketing celebration day. I've been handling three or four calls an hour from these bozos all day long. It drives me nuts.

I have little patience for spammers of any sort. Telemarketers are the worst. I have filters that can handle most of the e-mail and blog spam I receive. 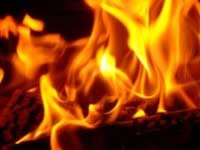 But there's no way to filter the telemarketers. I have to answer each and every call, have to listen to a few seconds of the lousy accents before I'm able to determine whether the call is worth taking or not.

In general, I have one (and only one) technique for dealing with these people: I hang up on them. They're not worth my time. Yes, I know that I ought to ask them to remove my name from their calling list. I try that with the worst offenders, but you know what? Nothing ever changes. I still get calls from Paper Printing and Converting nearly every day despite having asked to be removed from their list a dozen times.

Some people are unwilling to hang up on telemarketers because they believe it's rude. My sister-in-law, for example, tries to be very polite. She sits through a lot of tedious sales pitches. I have other friends who simply set the phone down and walk away. This isn't a bad idea, but it means I have to return to hang up the phone after a couple of minutes. No — for me, hanging up on the telemarketer is the most efficient course of action.

Telemarketers work off “scripts”. Especially resourceful people turn the tables on telemarketers by using counterscripts. There are a variety of counterscripts available on the internet. My favorite comes from Junkbusters:

Every time you get a call you consider junk, just ask the questions in this script. If they answer no, you may be able to sue them. Be sure to put your phone number on the National Do-Not-Call registry by visiting http://donotcall.gov or by calling 1-888-382-1222.

Visit Junkbusters for more information on this counterscript (and on other ways to “bust the junk messages out of your life”).

Just now I got a call from a telemarketer who read from a script with a lot of big words, and who sounded vaguely like he might have an actual concern with our business. I listened for 20 seconds before hanging up in disgust.

A minute later, the same telemarketer called back. “May I speak with the owner?” he asked.

There are 100 reader responses to "Turning the tables on telemarketers".