Traffic violations and your auto insurance 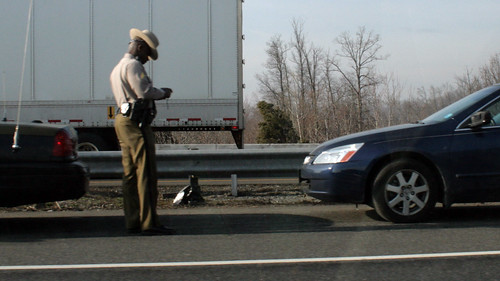 California newspaper The Daily Breeze recently published an article about a man who was issued a $35 ticket for failing to come to a complete stop, which became a $234 ticket after added penalties. (State legislators have been adding new penalties, such as a “state conviction fee,” since 2009, thanks to a $10 billion budget deficit. The base fine for running a red light is $100 in Los Angeles County, for example, but after added penalties the ticket will cost a grand total of $480.)

Even if you live in a state without these hefty additional penalties, the cost of a traffic violation doesn't end with the cost of the ticket. If you want to keep the infraction off your driving record, there's the added cost of a traffic school fee and the cost of the traffic school course. If you choose to pay the ticket and not attend driver's ed, your ticket might get even more expensive — you'll incur the long-term costs of higher auto insurance.

Violations can Raise Premiums by 50 Percent

According to an Insurance.com analysis of more than 32,000 insurance policies, drivers who purchased a one-car, single-driver policy in 2010 and had one violation on their record paid about 18% more on average than drivers without any violation. Drivers with two paid 34% more for their policy, while drivers with three violations paid a staggering 53% more for auto insurance than those with zero violations.

The following are the average annual premiums paid, according to the analysis:

Violations aren't equal in the eyes of the insurance company, of course. A speeding ticket might not bump up your premium much, but two in quick succession could and might even get you dropped by some insurers. More serious offenses, such as driving while intoxicated, will send your rates up even more. The Insurance.com analysis lists the following as violations that can raise your insurance rates:

The cost of each type of violation will vary by state, insurance company, and driving record. Also, not all traffic violations will affect your insurance rate. More than likely, tickets for offenses like talking on your cell phone while driving (a violation in some states) and parking citations won't raise your premium.

What to Do if Your Insurer Raises Your Rates

If your rates go up after a traffic violation, take steps to see if you can lower your premium, such as the following:

Even if you have a few points on your record, you should be able to find a policy, though it'll be a more expensive policy than if you had a clean driving record. There also are additional tips in this past GRS article on lowering car insurance rates, such as removing extras like towing and car rental from your policy.

I think a combination of luck and being a decently cautious driver have spared me from many a ticket. To date, I've had one speeding ticket, and I took an online defensive driving course to keep my driving record clean. (Despite being online, it was still a time-consuming experience that I don't want to repeat!)

Do any of you have experience with lowering your premium after a traffic violation? Leave your tips in the comments!

What IS financial responsibility?

How and why I sold Get Rich Slowly

Spring-clean your closet and make money