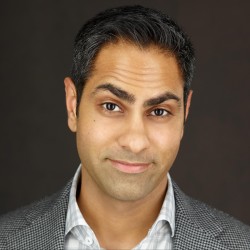 A surprising thing happens to people in their forties. After working hard, buying a house, and starting a family, they suddenly realize that they'd better start being responsible with their money. They begin reading financial books and trying to learn how to set up a nest egg for themselves and their families. It's a natural part of growing older.

If you ask these people in their forties what their biggest life worry, the answer often is, quite simply, "money". They want to learn to manage their money better, and they'll tell you how important financial stability is to them.

Yet the evidence shows something very different.

In the table below, researchers followed employees at companies that offered financial-education seminars. Despite the obvious need to learn about their finances, only 17% of company employees attended. This is a common phenomenon.

As Laura Levine of the Jump$tart Coalition told me -- and I paraphrase -- "Bob doesn't want to attend his 401(k) seminar because he's afraid he'll see his neighbor there...and that would be equivalent to admitting he didn't know about money for all those years."

They also don't like to attend personal-finance events because they don't like to feel bad about themselves. But of those who did attend the employer event, something even more surprising happens.

Of those who already had a 401(k), 28% planned to increase their participation rate. 47% planned to change their fund selection (most likely because they learned they had picked the default money-market plan, which was earning them virtually nothing). But less than half of people actually made the change.

This is the kind of data that drives economists and engineers crazy, because it clearly shows that people are not rational. Yes, we should max out our 401(k) employer match, but billions of dollars are left on the table each year because we don't. Yes, we should start eating healthy and exercising more, but we don't.

Why not? Why wouldn't we do something that's objectively good for us?

Barriers are one of the implicit reasons you can't achieve your goals. These barriers can be psychological or profoundly physical, like something as simple as not having a pen when you need to fill out a form. But the underlying factor is that they are breathtakingly simple — and if I pointed them out to you about someone else, you would be sickened by how seemingly obvious they are to overcome.

It's easy to dismiss these barriers are trivial, and say, "Oh, that's so dumb!" when you realize that not having an envelope nearby could cost someone over $3,000. But it's true. And by the end of this article, you'll be able to identify at least three barriers in your own life — whether you want to or not.

The best $20 you’ll ever spend

If you want to start a business, the best $20 you'll ever spend is to find successful entrepreneurs and take them out to lunch. They can be from your industry or other industries — it doesn't matter. For example, if you're interested in hospitality, you could pick up a hospitality magazine and see who's doing interesting work. Then email them and ask to take them out to lunch.

Spend 90% of the time talking about them:

After you meet two or three people, you'll start to see patterns that you hadn't recognized before. And that's when you realize how powerful it can be to ask others for advice. Continue reading...