How a wellness coach whipped me into shape

Three months ago I wrote about the high cost of being fat. I had spent $4500 over four years because of my weight. The problem wasn't just costing me money — it had caused sleep apnea, a torn ACL, and mild depression, three conditions which eroded my quality of life.

Then a reader issued a challenge. Lauren Muney wrote to provide her services as a wellness coach free for one month: “I'm offering this to you because I've been reading your blog daily and I want to give back,” she said. She continued:

Most people think that coaching is bull. It's amazing how much money people will spend on diet books, fad equipment, diet pills, and the like — and never budge an inch. I just talk to my clients. They drop 10, 20, even more pounds of weight, plus they retain the weight loss and make life changes they never thought possible. But it is they who do the work and they who take the glory. I know you understand the value of getting rich slowly but carefully. It's the same with fitness and lifestyle changes — the good stuff is slow, but it sticks.

For years I've complained about being fat. People are sympathetic, but nobody had ever laid it on the line like this before. It felt strange. 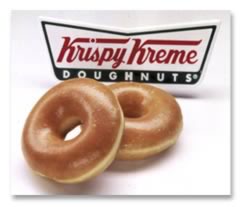 Lauren was offering to help me, but only if I were willing to take responsibility for my actions. I was scared. I realized that an impartial third-party — an expert third party — was exactly the sort of motivation I needed to succeed. (I've always worked best under supervision.) I decided I'd be a fool to refuse her offer.

Lauren had me begin by keeping track of everything I ate. (This is similar to my admonition to track everything you spend.) I knew my diet was poor, but I never realized how poor until I began to keep a food journal: donuts for breakfast, candy bars for lunch, Safeway Chinese food for dinner. I recorded everything in gory detail. After Lauren looked at the data, we spent an hour by phone discussing my habits, exploring ways I could change them. Among other steps, she had me:

Lauren's advice wasn't all about food, though. She stressed the importance of physical activity. She had me do the following:

Over the course of one month Lauren and I spoke weekly about my progress. During each session she praised my success and helped me to learn from my failures. After each conversation, she drafted an e-mail that summarized the goals we'd set for the coming week. This process worked wonders.

Lauren helped me see the barriers I had created: “I can't eat breakfast because I don't have time”, “I need to eat all of the leftovers”, “It's too cold and wet to exercise”. These barriers still exist, but now I recognize them for what they are. And I've learned something: 80% of wellness is mental. Just as with personal finance, physical fitness is about overcoming mental barriers.

I learned not to bring temptations into the house. I'm good about saying “no” to the big things — a package of cookies at the grocery store — but I'm terrible at saying “no” to the little things. A single cookie at home becomes two, which becomes three, which becomes an entire plate. I have the discipline to resist an entire package of cookies, but not to resist them individually, so I keep them out of the house completely. 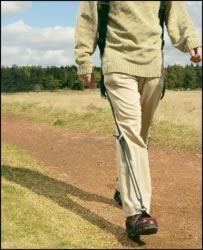 I've stuck to the plan for three months now. I had a ten-day lapse around Christmas — all the cookies from friends were too much to resist — and I need to ramp up my exercise, but things are going well. I've lost thirteen pounds. I have more energy. I'm not foggy-headed from sugar. Best of all, I'm no longer suffering from the depression that has dogged me for the past two years.

I couldn't have done this without the help of a wellness coach. Because Lauren exists outside my daily life, outside my family, outside my circle of friends, she's able to point out problems without the baggage of other relationships. There's still a lot of work to be done. In early March, when spring begins to peek its head through the Oregon rain, I'll contact Lauren to set up another month of coaching, but this time as a paying customer!

As the proprietor of Physical Mind, Lauren Muney specializes in lifestyle improvement and increasing human performance for personal, professional, and business endeavors. She's also a crack whip artist! And a fire-eater!

No Crystal Ball Required: Getting Better Investment Returns (Without Guessing)

My Financial Decisions as an Undergrad