But every retiree, early or late, aspiring or actual, has the same, simple investing imperative: We must preserve and grow our purchasing power in real terms in order to finance decades of future consumption.

The Declining Value of Your Dollars

Let's assume you're forty years old. Every week, you buy a six-pack of your favorite microbrew for $10. You have $520 in savings that will buy you your weekly six-pack for all of 2019. Life is good.

Here, for instance, is GRS founder J.D. Roth with a $10.19 six-pack of his favorite beer, which he's drinking while he edits this article: 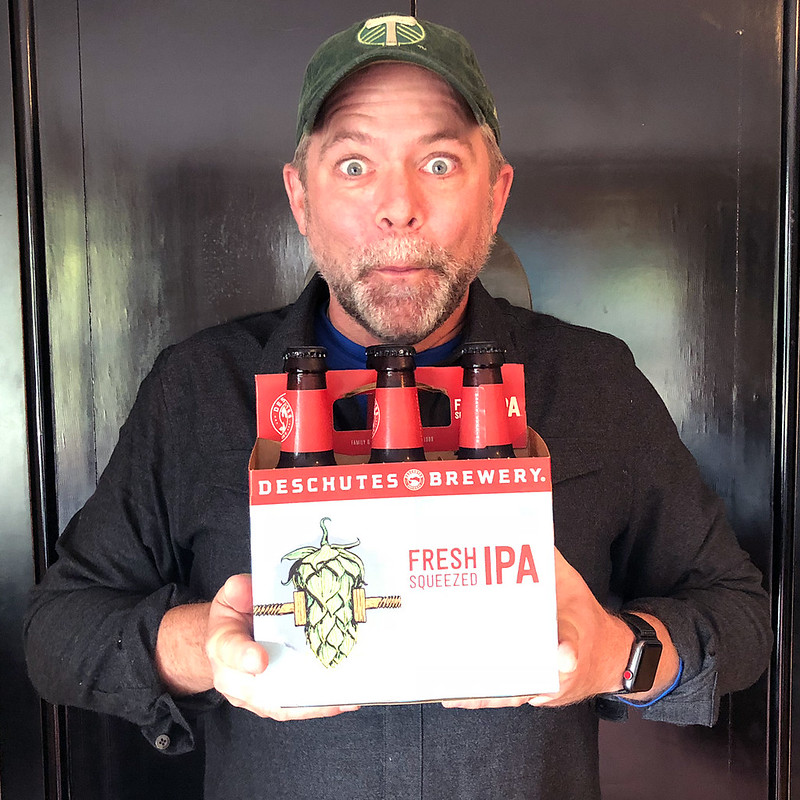 Now, let's assume that the cost of this six-pack increases by 3% annually — which is a reasonable estimate of inflation. Every year, your $520 in savings buys you 3% less beer.

In thirty years, when you’re seventy and still enjoying your suds, that six-pack that costs you $10 now will cost you $24.27, which is a $1,262 annual expense if you continue to buy a six-pack a week.

In other words, your $520 in savings has to increases by nearly 145% to $1,262 over the next thir[s]ty years to merely maintain — let alone increase — your current beer consumption.

In other words, due to inflation and the taxation of nominal gains, you’ll be poorer, with a lower standard of living, thirty years from now.

This bears repeating: A 3% pre-tax return on your investments will not preserve, let alone grow, your current standard of living.

Why Bonds Are Riskier Than Stocks

By coincidence, the 30-year Treasury is currently yielding just over three percent.

The 30-year Treasury is widely perceived as a very safe investment, backed by the full faith and credit of the United States government. However, as demonstrated, owning a 30-year Treasury is in fact very risky (more on how I define this term later), because after taxes and inflation, a holder of a 30-year treasury is virtually certain to see his real purchasing power erode over the thirty years that he holds the bond.

Confused about bonds? Here's a short article that explains how bonds work.

People don’t perceive bonds as risky because most investors define risk in terms of volatility. And, it's true that the prices of bonds are not volatile. If you buy a 30-year Treasury and hold it until it matures, its market price doesn’t matter. You simply clip the coupon and get your principal back in thirty years.

Unlike stocks, bonds offer far fewer of those price fluctuations that are terrifying to investors. As a result, bonds are perceived as “safe”.

But, recall the purpose of investing. You don't invest in order to minimize your portfolio’s volatility or to reduce the probability of paper losses. The goal of investing is to preserve and grow your purchasing power in real terms so that you can finance decades of future consumption.

Viewed in this light, the 30-year Treasury is actually quite risky. If you buy a Treasury bond, your return is certain, and your volatility is quite low (or even nonexistent). At the same time, your purchasing power is certain to diminish over the next thirty years. You’re going from drinking 52 six-packs in 2019 to 44 six-packs in 2049, which is a 14% reduction in your standard of living.

The Difference Between Volatility and Risk

The 30-year Treasury example illustrates a crucial concept; namely, the distinction between an investment’s volatility and risk. People often use these terms interchangeably, but they're very different.

Since you’re planning decades out — and quite possibly still working and living off of earned income, not investments — volatility doesn’t matter much to you or your financial future. But risk is vital.

You likely have decades of investing ahead of you, so even five years of price fluctuations are largely irrelevant to your long-term net worth and goals. The volatility, while painful when you’re living through it, is actually meaningless in the long-run, mere paper losses that will reverse over the decades you hold the investment.

Conversely, if your real purchasing power erodes 14% because you own a 30-year Treasury, this is a hugely significant permanent reduction in your standard of living, with no chance of ever getting that purchasing power back.

That is true risk, one you should avoid at all costs.

How to Avoid Investment Risk

This distinction between volatility and risk isn’t merely academic. It goes to the heart of investing and asset allocation.

Many investors think buying bonds is “safe” and buying stocks is “risky”. However, when risk is properly defined — as not merely volatility, but rather a diminution of real purchasing power — it becomes apparent that bonds are actually extremely risky assets while stock are actually the safer asset.

This assertion inverts the traditional notion that there is a fundamental trade-off between risk and return.

The only way to avoid investment risk (as I define it) is to purchase public stocks, which is the only asset class accessible to small investors that will appreciate in real terms over the next several decades. Equities offer investors low-risk and high return.

Bonds, in contrast, create tremendous portfolio risk, in the form of a negative real return. They represent return-free risk over a long-period of time.

Few investors realize this, and imagine they're being prudent when they invest in bonds or hold cash. In fact, they aren’t protecting anything. They're merely locking in a guaranteed loss.

[See also: Where risk lies in a balanced portfolio at A Wealth of Common Sense]