Back Up Your Computer to Save Time and Money 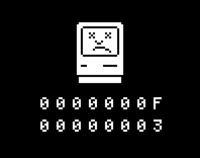 Here's a public service message: Back up your computer regularly. This has more to do with your pocketbook than you might think.

Not only was I sick this week, but the hard drive on my laptop crashed. It's gone. The Apple Geniuses (that's what they call themselves!) cannot salvage it. I was able to pull the single most important document (the GRS spreadsheet) and a few posts-in-progress, but I lost a hell of a lot, including:

How did this happen? I was dumb. It's been years since I experienced a hard drive failure, so I grew complacent. I was lazy. My backups became infrequent. The last time I archived files was in March, and that didn't include the items I listed above. (Fortunately, however, I moved my financial files permanently to my desktop machine at that time. If I had lost those, I'd be a nervous wreck.)

Finding Time to Pursue Your Dreams: Free Up 750 Hours a Year with One Simple Change

There is one reason most of us don't learn how to invest, start a business, or even can our own food — we just don't have the time to do those projects. Between jobs that force us to work ever-longer hours, and growing duties at home, there never seem to be enough minutes in the day!

I wanted to go deeper, though, so I delved into research to answer two questions:

Immediately, I assumed that we could outsource housecleaning tasks to free up time for our passions. I was right: we work on housework an average of 14.7 hours per week, or nearly 765 hours per year! However, my triumphant post about outsourcing housecleaning work was met with one criticism: "I simply don't have the money to do that." Continue reading...

In this guest post, Loretta B. describes a unique way to build social capital and to save money.

Two weeks ago my boyfriend and I enjoyed a rare night out on the town. We dressed up in our best clothes, had dinner at a special restaurant, and headed off to the symphony. This was my first time at a symphony, and we had a fantastic time. Our tickets were worth $75 a piece.

Make no mistake, I am very frugal. In fact, I fall into the "make your own laundry detergent" category of frugality. How on earth could $75 tickets fit into such a person's budget? I do something called time-banking.

Some refer to it an alternative currency system, a form of volunteerism, a way to build communities, and an international movement for social change. I think it's all that and more. I encourage you to watch the introductory video on the national timebank website.

Sarah Dyer's Action Girl isn't a superhero in the traditional sense. She has her own comic book, sure, but her super power is the ability to help people take charge of their own lives. Dyer has a personal agenda, and she's pleased to share it with the world.

Here is an abridged version of Action Girl's Guide to Living (follow the link for Dyer's extended version):