This article is the 13th of a 14-part series that explores the core tenets of Get Rich Slowly.

Five years ago, I was a different man. I had no savings, retirement or otherwise. I was literally living paycheck-to-paycheck on $42,000 a year. (Meaning: I had between $0 and $20 every time I got paid.) I was over $35,000 in debt. I had a job I hated because it had no meaning in my life. I spent my free time watching TV and playing computer games — especially World of Warcraft.

I didn't like my life, but I did nothing to change it.

Fast-forward to today. Now I have an amazing life. I'm out of debt. I have more than $20,000 in emergency savings, I max out my retirement accounts every year, and I made more than I ever have in my life in 2009. Best of all, I earned my money doing something I love: Writing about money. My work is meaningful; it helps other people while I'm helping myself. I no longer watch TV or play videogames in my spare time, but instead walk marathons and pursue other ambitious projects.

What changed? Well, to put it bluntly, I got off my ass and started doing things.

It's easy to say these things to yourself, but few people actually follow through. They talk the talk, but they don't walk the walk. Instead, they sit on their hands, afraid to take action. They procrastinate because that's what seems easiest. (And sometimes they actively try to interfere with those who are bold enough to make changes in their lives.)

In The War of Art, Steven Pressfield writes about defeating procrastination — and the other things that prevent us from fulfilling our dreams: fear, rationalization, self-doubt. Pressfield calls these dream-killers Resistance. He writes (with some formatting help from me):

Most of us have two lives. The life we live, and the unlived life within us. Between the two stands Resistance.

Have you ever brought home a treadmill and let it gather dust in the attic? Ever quit a diet, a course of yoga, a meditation practice? Have you ever bailed out on a call to embark on a spiritual practice, dedicate yourself to a humanitarian calling, commit your life to the service of others?

Have you ever wanted to be a mother, a doctor, an advocate for the weak and helpless; to run for office, crusade for the planet, campaign for world peace, or to preserve the environment?

Late at night have you experienced a vision of the person you might become, the work you could accomplish, the realized being you were meant to be? Are you a writer who doesn't write, a painter who doesn't paint, an entrepreneur who never starts a venture?

Then you know what Resistance is.

Resistance comes from the war inside you: from lack of confidence and fear of failure.

Do what you can, and do it today. Stop rationalizing. Stop saying, “I'll do this next week”. The best time to start any positive course of action is now. This isn't just New Age self-talk; it's the truth. Start saving now. Start exercising now. Start writing your book now. Start spending time with your family now.

Your life can be amazing, but the only one who's going to make that happen is you. 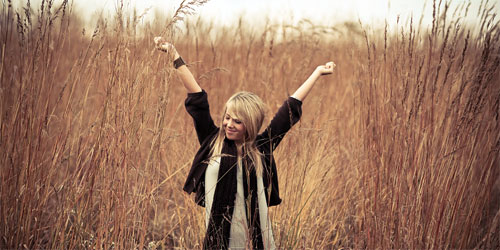 For more on this subject, see these past articles:

This is the 13th of a 14-part series that explores my financial philosophy. These are the core tenets of Get Rich Slowly. Other parts include:

Look for the final installment of this series next Monday.

Open Enrollment 2016 dates and how to shop for health insurance

Hourly vs. salary: Which is better?