Do what works for you

This article is the seventh of a fourteen-part series that explores the core tenets of Get Rich Slowly. 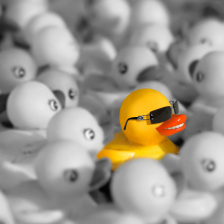 I struggled with debt for over a decade. I made several attempts to tackle the trouble, but nothing seemed to work. Compulsive spending was part of the problem — I bought anything I wanted, even if I couldn't afford it — but there was another factor, too.

Everything I'd read gave the same advice for debt reduction: Start by paying off your highest-interest rate debt. I understood the logic behind this, but I couldn't make it work.

The trouble was that my highest-interest rate debt was also my debt with the biggest balance (a fully-maxed $12,000 credit card at 19.8% interest). I'd plug away at this for several months at a time, but then give up because it felt like I was never getting anywhere.

Then I read about the debt snowball approach in Dave Ramsey's The Total Money Makeover. It blew my mind. Here was somebody saying that it was okay (good even) to do something different, to start by paying low balances first. I tried it, and 39 months later I had eliminated over $35,000 in consumer debt.

In the process, I learned a valuable lesson. In order to succeed with money, sometimes you have to ignore the conventional wisdom. Sometimes you simply have to do what works for you.

The Perils of Dogmatism

There's too much dogmatism in our culture. People are convinced that their way is the right way to do things. I don't begrudge those who are certain they're right. When something works for you, you have a tendency to believe it's the right choice for everyone else, so you preach it with passionate zeal. I understand that.

The problem, of course, is that we're all different. Your religion and your politics and your financial tips work for you, but won't necessarily mesh with my situation and experiences. And mine won't fit with yours. There are few one-size-fits-all solutions in personal finance — or anywhere else.

When you get trapped by the belief that there's just one right way to do something, you set yourself up for failure: If this “right” method doesn't work for you, you have no other options. You have to keep using it, even if you keep failing.

But if you allow yourself to consider other options, you give yourself multiple paths to success. Yes, you could use the “right” method — or you could take a different path to reach the same goal.

No Right Way To Do Things

It's been a long time since I last wrote about this subject. In fact, it was exactly two years ago today that we last discussed it. That's too long. Because it's the core idea of Get Rich Slowly, I feel like we should touch on this theme fairly often. Especially after days like last Tuesday, when a lot of people were upset by our discussion about the differences between the rich and the poor.

I actually believe the opposite is true. I believe there are many approaches to personal finance, and that there are many paths to success. (Whenever I think about this topic, I'm reminded of the Vulcan credo from Star Trek: Infinite diversity in infinite combinations, which celebrates the vast array of variables in the universe. But then I'm a geek of the first order.)

I've been thinking about this topic for the past week — ever since the contentious discussion about wealth and poverty — and I've decided that there are three specific ways in which of can put the “do what works for you” philosophy into practice.

Set Your Own Goals

First, it's important to choose your own destination in life, especially with your finances.

It's easy to find yourself working toward the same goals as those around you. If your family and friends all drive nice cars, it's natural to want a nice car yourself. If your favorite finance blogger loves to travel, you might be tempted to travel too. But this is no way to set financial goals.

Instead, base your goals on the things you want, on the life you dream about. Do you want to get out of debt? Buy a boat? Send your daughter to Harvard? Do you want to build your own home? Start a charitable foundation? Each of these is a fine goal. So is owning a big-screen TV or the latest laptop. But the key is to make your goals personal. Make them your goals, not anyone else's.

Choose Your Own Path

The next step is where it's most important to do what works for you. In fact, this is what led me to this philosophy in the first place. I discovered that the traditional road out of debt just wasn't effective for me. I needed to try something else.

The standard advice for debt reduction is to eliminate your high-interest debt first. Doing this makes the most financial sense because you pay less in the long run. But money management is more than math — it's also mental. Psychologically, I wasn't able to make the the standard path to financial freedom work for me. It wasn't until I tried an alternate path — the debt snowball — that I was able to become debt-free.

This same principle holds true for other aspects of money management.

In most of these cases, there are indeed choices that make more financial sense than others. At least mathematically. But this doesn't mean they're the right choices or the only choices. You need to make decisions that reflect your values and your goals. You need to do what works for you.

Note: This is a good time to stress the importance of the word “works” in this context. When I say “do what works for you”, I'm not saying that you should do whatever you want. I mean that you should experiment until you find a method that meshes with your life, that proves most effective for your situation. Once you find this method, use it.

Define Your Own Success

For instance, now that I'm out of debt and building wealth, my goals are to travel and to save for retirement. I define success as being able to fully fund my retirement savings every year (by which I mean up to the limit the law allows) and by being able to travel to new countries. (If I want to travel more — to be more successful with this goal — I need to learn how to do so cost effectively. Six weeks in South America for less than three weeks in Africa seems like success to me.)

When you set your own goals, choose your own path, and define your own success, you're able to find a financial framework that best suits your needs — and not someone else.

It probably comes as no surprise that I'm something of a relativist. I don't believe in absolute rights and wrongs. I don't think the world is black and white, but filled with shades of grey. (And the more I travel, the stronger this belief becomes.)

You can see this in my financial philosophy. I think it's crazy to argue that there's only one right way to pay off debt or to save for a house. I don't believe there are a one-size-fits-all answers in the world of wealth. Instead, I believe there are many roads to many fine financial futures. And I believe it's possible for all of us to be successful with money — even you.

The key, my friends, is to set goals that help you reach your dreams, to use methods that draw on your strengths, and to define success in a way that reflects your values.

In other words, the way to wealth is to do what works for you.

I'm not saying that it's okay to do anything you feel. It's not okay to keep on spending just because dealing with your debt is difficult or uncomfortable. But it is okay to try something new when what you're doing doesn't work. And it's okay to ignore the naysayers who complain that you're “not doing it right”. Your want to find what works for you, not for somebody else.

Don't listen to anyone who tells you there's just one right way to do something. Each person is different. What works for one person may not work for another. Be willing to experiment until you find methods that are suited to your life.

Make informed choices, understand the consequences, and focus on your goals.

This is the seventh of a fourteen-part series that explores my financial philosophy. These are the core tenets of Get Rich Slowly. Other parts include:

10 Tips to Save Money on Your Prescriptions

What is a Stock Market Index?

Make This Year Better by Asking the Right Question