Free at last! Saying good-bye to 20 years of debt

Twenty years ago, I was a freshman in college. I was a poor kid from a poor family, but my roommates came from wealth. In order to fit in, I went out and picked up a department store credit card. I bought some new clothes, an electric shaver, and a bottle of cologne. From that day on, I've been in debt.

My debt grew slowly at first. The department store credit card had a $500 limit. I knew that I shouldn't come close to the limit, and that I should pay the card off, but within a year I'd maxed it out and was only making minimum payments.

By the time I graduated from college in 1991, I had acquired two additional credit cards. I was glad I had them, too — when my job plans fell through, the credit cards became my emergency fund. I lived off them for months. I also bought a brand-new Geo Storm. Within six months of graduating from college, I was unemployed and carrying $20,000 in debt. 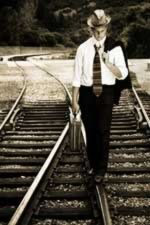 To escape impending disaster, I went to work for my father, something I had vowed never to do. During the 1990s, I was the salesman for my family's box factory. My debt declined a little when I began to bring in a steady paycheck. But I wasn't out of the woods yet. I began to spend more and more. By the middle of the decade, my debt had crept up to $25,000.

When my father died in 1995, I received a small life insurance settlement. To my credit, I applied this money to debt, and for a few years my balances declined. But then I returned to my profligate ways, buying a new car, buying computers, buying any toy I wanted. By 2004, I had accumulated over $35,000 in debt.

During the summer of 2004, Kris and I bought a new house. It was the home of our dreams: a century-old farmhouse on half an acre close to Portland. It seemed expensive, but the bank said we could afford it, so we jumped at the chance. Things became problematic, however, when we were forced to spend several thousand dollars making unexpected repairs. (Old houses are like that.)

I began to feel overwhelmed. I was drowning in debt, and the expenses were flooding in. I had been living paycheck-to-paycheck for more than a decade, merely staying afloat as the water slowly rose around me. Now I felt myself sinking below the surface — I'd reached the end of my credit and the end of my cash. Fortunately, a couple of friends threw me life preservers.

First, my friend Michael recommended that I read Your Money or Your Life by Joe Dominguez and Vicki Robin. Then another friend suggested Dave Ramsey's The Total Money Makeover. When I read these books, something clicked. I saw the light. I went to the public library and borrowed more personal finance books. I devoured them. They motivated me to action.

The Method to My Madness

Using the ideas I learned from personal finance books, I set out to eliminate my debt. I stumbled at first — I made plenty of mistakes. But eventually I developed a system that worked for me:

It took a lot of time and effort, but these actions have finally paid off. Today I wrote a check for the last of my consumer debt. I am now debt-free, except for my mortgage. I've been walking around in a happy little haze all day long. To celebrate, I bought carne asada at my favorite little hole-in-the-wall Mexican joint.

Now that I've eliminated my debt, it's time to shift my focus from the past to the future. Thanks to great advice from GRS readers, I've been preparing to live debt-free. If you read this site regularly, you already know my plans for building wealth:

Over the past few months, I've been building this system one piece at a time, testing each component to find weak spots. It's sure to undergo changes in the future, but for now these are the actions that work for me. They fit with my way of life, and they will allow me to pursue my dreams.

I've eliminated my non-mortgage debt. I've paid all my bills through the end of the year. I've boosted my personal emergency fund back to $1,000. I have a plan to fully fund my 2007 Roth IRA by early January. There's $250 in my MINI Cooper fund, and $250 in my vacation fund. All I have left to do is my Christmas shopping. And to write some more articles for Get Rich Slowly!

Career Renegade: Make a Living Doing What You Love

Prepaid cell phones can save you money

Our roof repair: A typical tale of working with contractors

As featured in:
33 shares