Yesterday Michael Fischer explained how mutual funds allow individual investors to pool money in order to achieve goals that would otherwise be out of their reach. Today he looks at different kinds of mutual funds:

You name it, and there's probably a mutual fund for it. As an example of the variety available, check out the “periodic table” of Vanguard exchange-traded funds. There's a huge selection from which to choose. 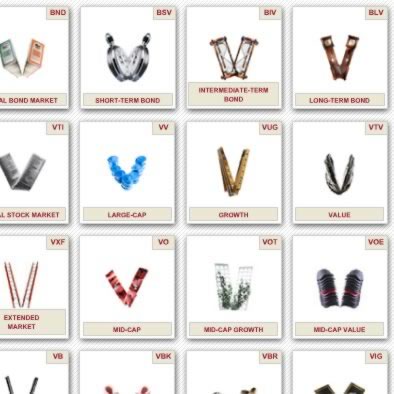 So how does one decide which mutual fund to purchase? That's a tough question. Picking mutual funds is like picking stocks: your choice will ultimately depend on your objectives, how long you wish to invest, and on your risk tolerance. (“How to select a mutual fund” actually sounds like a great topic for a future entry.)

Tomorrow Michael explains active and passive management, and discusses why index funds are so popular.

Michael Fischer spent nine years at Goldman Sachs, advising some of the largest private banks, mutual fund companies and hedge funds in the world on investment choices. For more information, visit Michael's site, Saving and Investing, or purchase his book.

There are 2 reader responses to "Saving and Investing: Types of Mutual Funds".