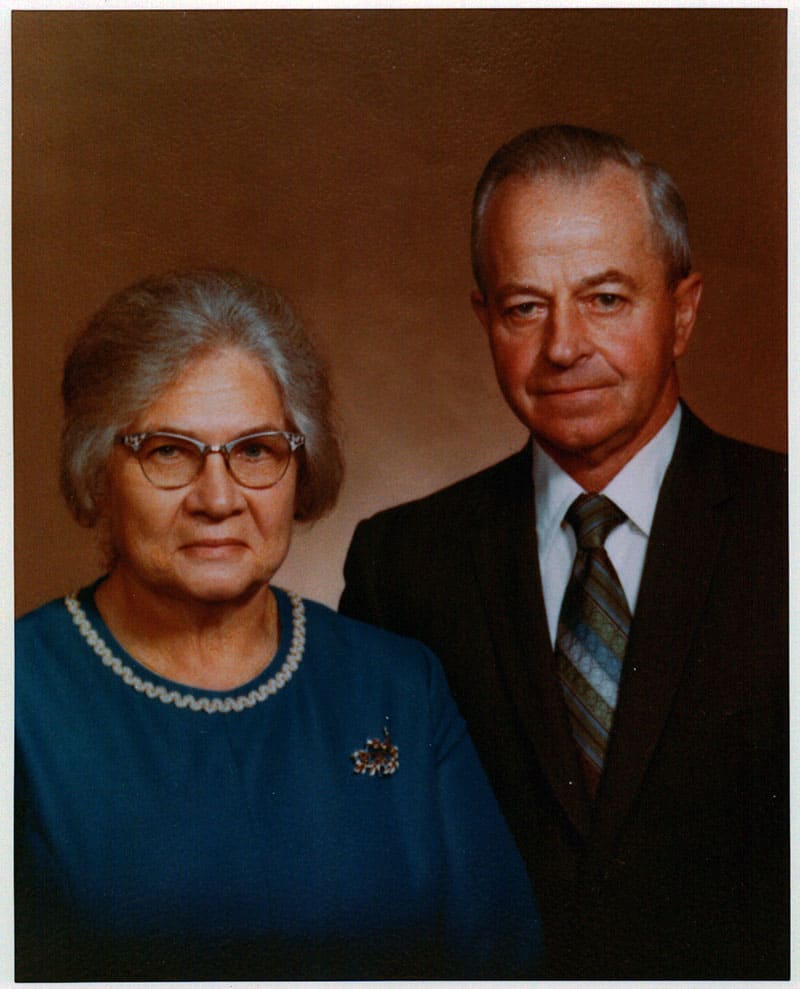 The road we lived on was especially quiet, with very little traffic. Even from a young age — five or six, I think — I was allowed to walk the quarter-mile to visit my grandparents. (My father's parents lived “next door” to us, but next door was across a large field.)

Visiting grandma and grandpa was fun. As quiet as life in the country was, life at their house was even quieter. There was a stillness in their place unlike anything I've experienced since. Their home seemed stuck in time.

Part of this stuckness stemmed from the things they owned.

They lived in a little white farmhouse built in 1920. My grandparents moved there in 1943 — two years before my father was born — then remodeled the place. Sort of. (Like all Roths, they left the job undone — for more than forty years!)

During the 1970s, when I was young, they still owned and used many of the things they'd purchased when they moved in.

My grandparents themselves were very much like the things they owned. They were old. (They were in their seventies when I knew them.) They were calm. They moved slowly during the day, and even more slowly at night. One of my fondest memories is sitting with them in the evening, watching as they sipped “sanka” and played Scrabble while a fire roared in the nearby woodstove.

For children, time always moves more slowly, but it seemed to me that nothing every changed in my grandparents' world. Their home was frozen in time. It was stuck. It was still. It was silent.

It was comforting, and I liked it.

My life is not still. It is not silent. It's more peaceful than most, I suppose, but it sometimes moves at a frenetic pace.

At this very moment, for instance, I am writing to you via a wireless internet connection on my laptop computer. I am sitting in a small room on a big boat — a cruise ship — that is plying its way through the Ionian Sea, just off the shore of Greece. On my wrist is a watch that isn't really a watch. It's actually a small computer with more power than those that were used to land men on the moon. 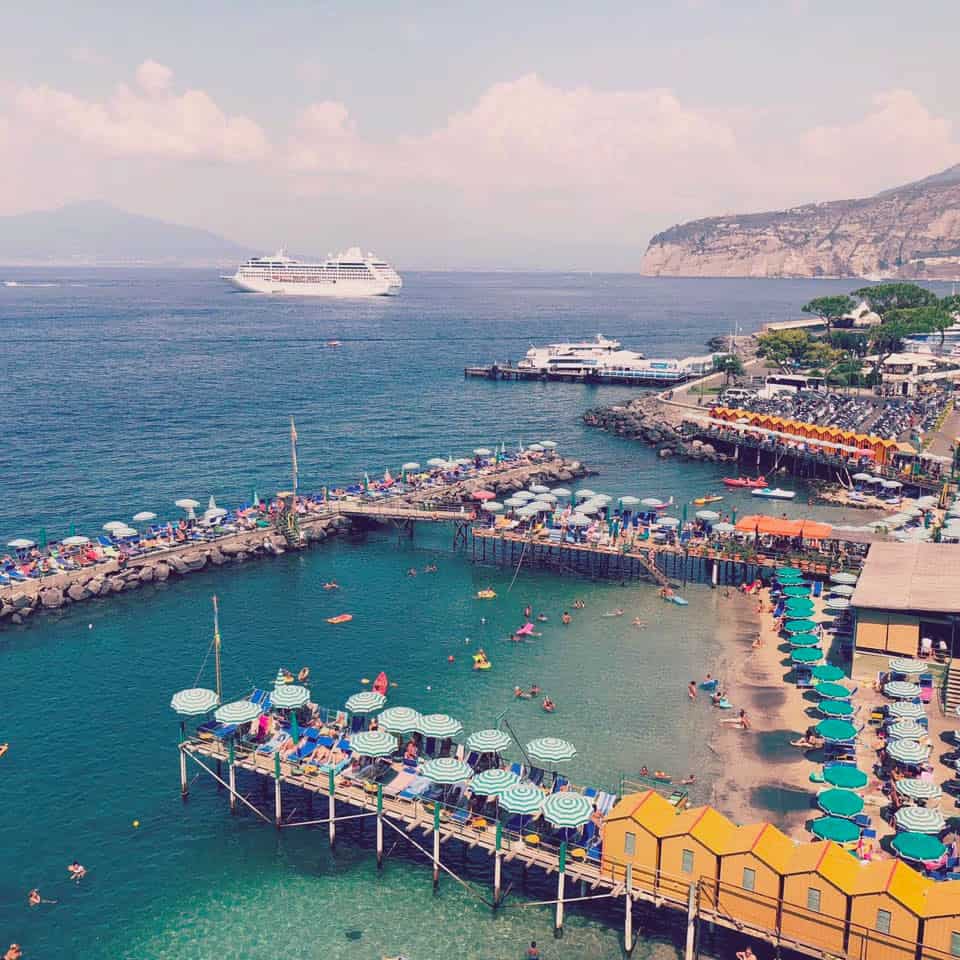 Mine is not a pastoral life.

Too, I am a consumer in a way that my grandparents never were. As much as I try not to be, I'm deeply entrenched in our materialistic culture. I am a Material Boy.

A large part of the problem is that I expose myself to advertising. I don't watch much TV or listen to the radio, but I practically live on the internet. I'm bombarded by web ads. Worse, I deliberately allow myself to visit sites that promote consumption. Yes, Wirecutter is cool and all, but it's also a ginormous gateway to desire.

At the same time, our world today is different from the world my grandparents inhabited in the forties and fifties. (Today is the 18,410th day of my life. That day for my grandfather was 22 February 1953.)

Advertising and marketing were certainly a factor for them, but they weren't as pervasive as today. When my grandfather was my age, just over a third of American households owned televisions. (He never owned one his entire life.)

Meanwhile, modern appliances (and other consumer products) are designed around planned obsolescence. They're deliberately not built to last. They're difficult or impossible to repair. (Thus the rise of the “right to repair” movement.) Or they're made to be stylish rather than timeless so that when tastes change, consumers feel motivated to replace them.

Technology adds another layer to the problem. Tech changes quickly. Some of this is merely a result of progress, of course. Our computers are smaller and more powerful than they were five years ago. Or ten. Or twenty. We all keep our machines as long as we can, but at some point we run into a wall. We want to do something and we can't. When that happens, we're faced with a decision: Upgrade or not?

Recently, I sold an old computer to my niece. She paid me some nominal amount for a 2009 iMac. Before I gave it to her, I wiped the hard drive and updated the operating system. But I could only update it so far. Beyond a certain point — 2014? 2016? I can't remember — Apple stopped supporting that computer. It still runs great, but now it's frozen in time. Eventually, new software won't run on it.

My Life as a Consumer

Kim believes I buy too much. She may be right. But when I started writing this article, I was ready to hold myself up to be pilloried. I was going to mock myself, then let you join the fun. Turns out, I'm not as bad as I think I am.

When I look at big items around our house, I have to give myself high marks (with one big exception, which I'll explain). For the past fifteen years, I've done well at choosing quality over price.

So, on the big infrastructure stuff in my life, maybe I'm closer to my grandparents than I thought.

I'm not so good at smaller consumer items, though, and I know it. I buy a lot of books. I buy a lot of clothes. (It doesn't help that my weight and waste have fluctuated so much over the past twenty years: up and down, up and down.) And, especially, I spend a lot on technology. This is the big exception I mentioned above.

Because I live online, it's important for me to have the best available tools at my disposal. (Or maybe I'm just rationalizing?) I've upgraded every device I own in the past twelve months, and I know it. I'm now going to see how long I can make them last.

The Virtue of Thrift

My grandparents embodied the virtue of thrift. That was part of their stillness, their stuckness. Whether consciously or unconsciously, they followed the old New England proverb: “Eat it up. Wear it out. Make it do. Go without.” (Nowadays, that's more commonly seen as: “Use it up, wear it out, make do, or do without.” It's the same thing.)

This simple mantra is powerful. It encourages you to:

Honestly, it doesn't make sense for me to expect to live like my grandparents did. The world is different. I have different priorities, different goals. But in my own way, I can work toward a life based on the virtue of thrift.

And while I'll probably never embody that New England style of thrift, I can continue to make changes in my life that bring me closer to this frugal ideal. I can reduce my exposure to advertising. I can continue to spend mindfully in ways that are aligned with who I am and what I want out of life. I can resist keeping up with the Joneses.

Maybe someday I'll be able to look around my home and smile because I own 35-year-old furniture and appliances. Is that such a crazy idea? 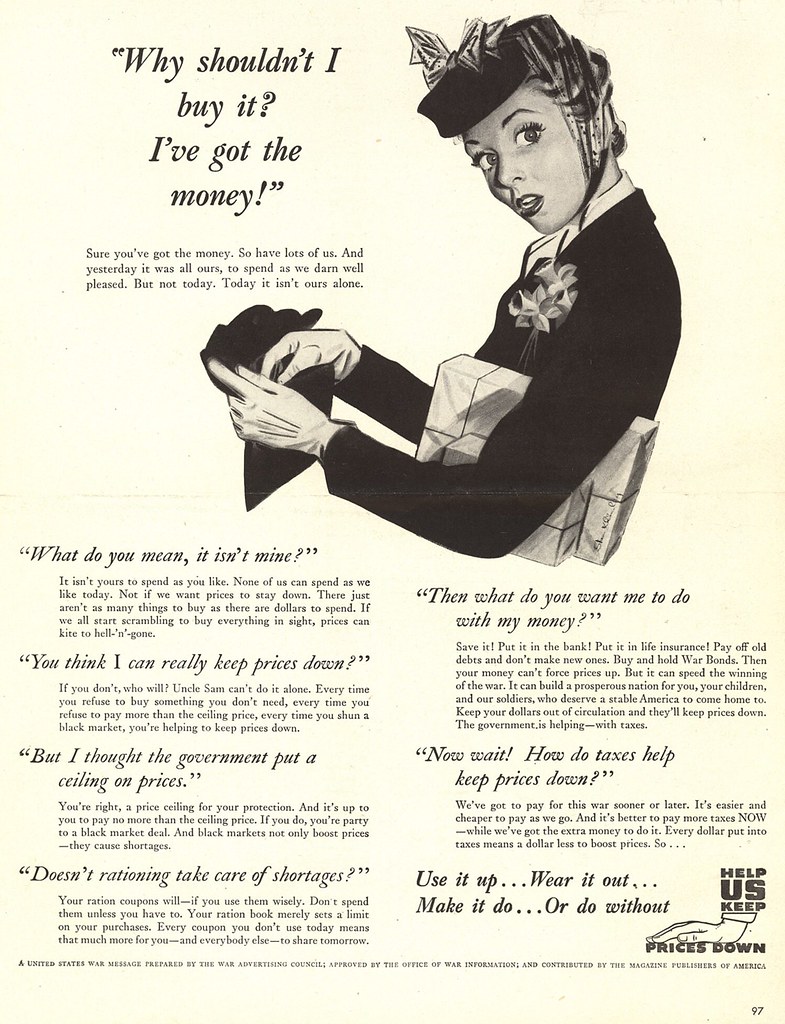 There are 13 reader responses to "The virtue of thrift".