Yes, You Can Achieve Financial Independence

In the midst of our rush to earn money, our scramble to save for retirement, our focus on frugality, it's easy to lose sight of why we're doing this. What is the goal? What is it we're trying to accomplish by getting rich slowly? For me — and for many others — the answer is Financial Independence.

Your Money or Your Life defines Financial Independence as “having an income sufficient for your basic needs and comforts from [sources] other than paid employment”. Financial independence implies freedom. It's the condition of having saved enough money that you can do whatever you choose. Whether you elect to keep working doesn't matter — you have enough saved and invested to follow your dreams.

The keys to accumulating wealth
Stowers starts with the basics. The first chapter of his book covers the history of money. (A little like this, but with a different focus.) The next few chapters briefly cover sources and uses of money, the dangers of inflation, and the extraordinary power of compounding.

Some readers might argue that this information is too basic, but I disagree; a firm grasp of these fundamentals is the foundation upon which Financial Independence is built. Stowers ends this section by offering four keys to accumulating wealth:

Financial Independence is built upon these four guidelines.

Confronting your financial challenges
“In order to save money, you must fight to keep from spending it,” writes Stowers in the book's second section. He encourages readers to set goals, to prioritize wants. “Since money can be spend only once, you need to decide which wants are most important. To do this, it may be helpful to place a value on each of your want.”

Exercise: Pull out a piece of paper and list your wants. These can range from a new house to a hot tub to a trip to London to a new blender for the kitchen. Next to each item, write why you want it. (You might want a hot tub, for example, because it would allow you to relax with family and friends.) When you've finished, take another piece of paper and re-order the list based on how important each want is to you. If a trip to London tops the list, are you still willing to delay it by spending $40/month for that gym membership you rarely use?

The challenge is to balance the present and the future. “Money has no value unless one has time and good health to enjoy it,” Stowers writes. He asks readers to know themselves and to make decisions based on their temperament. “If you have to be poor,” he asks, “would you rather be poor now or at retirement?” By planning carefully and investing wisely, you shouldn't have to make this choice.

Planning for Financial Independence
After covering the basics of saving and estate planning, Stowers describes the path he recommends to Financial Independence. He believes readers ought to save early and often, making regular scheduled investments in the stock market through the use of mutual funds.

An entire chapter of this book — 40 pages! — is spent exploring the historical returns of the Dow Jones Industrial Average, and what theoretical investments in that index would have returned. This one of the best sections I've read in any personal finance book. 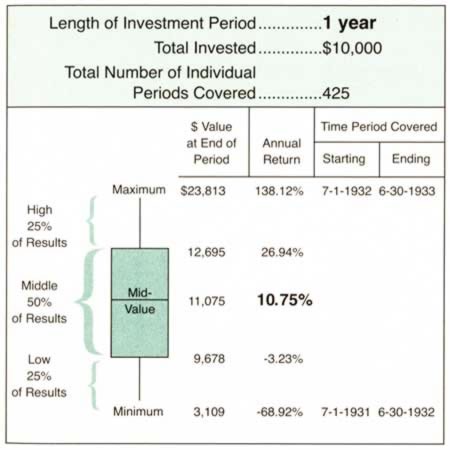 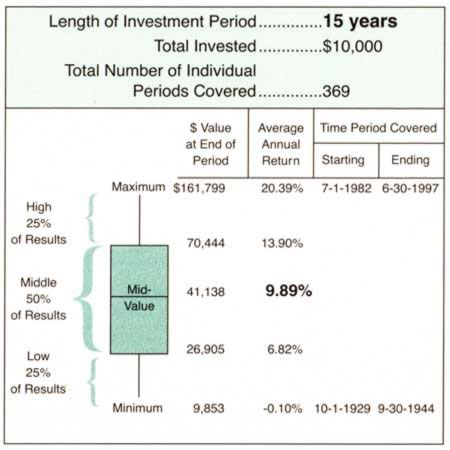 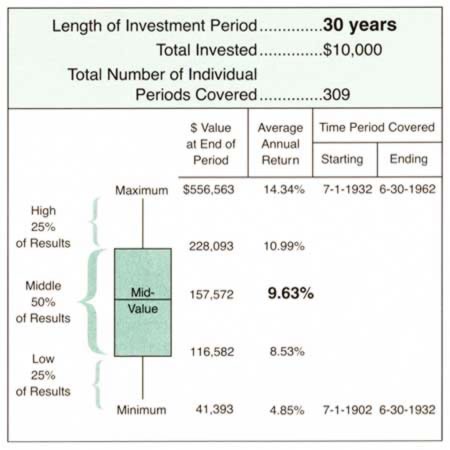 Using actual historical data from 1897 to 2003, Stowers makes the case for stock ownership. He clearly demonstrates that, over the long term, the U.S. stock market yields an annualized return of about 10% (assuming dividends are reinvested). These 40 pages are fantastic. I return to them again and again whenever I hear people fretting that the stock market is just too risky.

Market risk is not the greatest danger to your savings — inflation is the greatest danger. The value of your retirement erodes at a rate of roughly three or four percent every year. The stock market has always recovered from even the steepest declines.

Stowers is a vocal proponent of stock mutual funds. I agree with him. However, I'm a fan of indexed mutual funds, a topic given short shrift in this book. (Stowers is a believer that a well-managed mutual fund is the individual investor's best option.)

The final section of his book provides strategies for cutting expenses and building income. Despite his wealth (or perhaps because of it), Stowers is a fan of simple frugality. He's thrifty. His tips include:

Stowers believes that finding more money to invest is the best way to reach Financial Independence. And one great way to find extra money is to cut back on your existing expenses.

Conclusion
Yes, You Can…Achieve Financial Independence is informative without being dense. It's accessible without being condescending. Its advice is solid. The book is filled with investment advice, but it gives equal time to thrift and savings. Best of all, it asks as many questions as it provides answers. It prompts the reader to think, to evaluate his priorities. Its message is that yes, you can achieve Financial Independence, but you can't get there overnight, and you can't get there without setting goals and making sacrifices.

Though I think this book is fantastic, I'm not convinced you should just buy a copy without having seen it. It features a strange mix of simplicity and complexity. I like the combination of a simplified history of money followed by a detailed statistical analysis of stock market performance. You may not.

I'm not sure why this book hasn't received more attention. It's been around in various editions for fifteen years, but I'd never heard of it until I stumbled upon a copy in a book store. Maybe the book has some fatal flaw that I just can't see. Personally, I think it's an excellent choice, especially for recent graduates, or for those intimidated by other personal finance books.

Note: You may preview this title at Google Books.

How couples can create a shared plan for the future

‘When She Makes More’: 10 rules for breadwinning women

One year later: The benefits and tragedies of self-employment

Yes! Sign up and get your free gift
33 Comments
Oldest
Newest Most Voted
Inline Feedbacks
View all comments