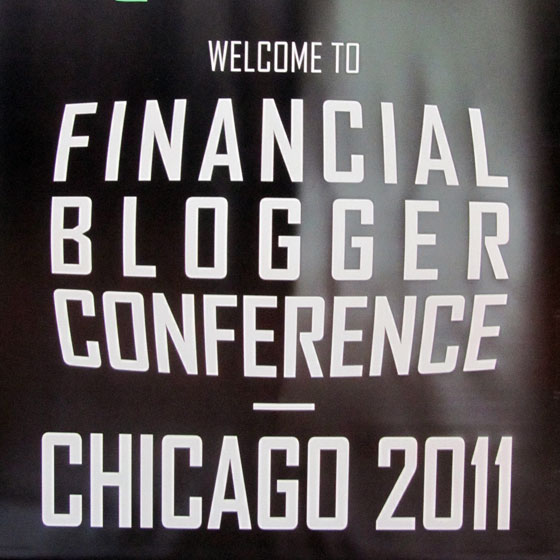 I spent the weekend in Chicago, meeting and talking with 279 other financial bloggers. After years of saying we should all get together, we finally did (thanks to the hard work of Phil Taylor from PT Money). For three days, we talked about writing, marketing, and monetization. We also talked about how to make our blogs more useful to our readers.

I opened the conference by speaking about why we write. Why do we blog about money? Do we do it for the fame? The fortune? The fun? I think all of these are part of it, but I argued that the real reason we blog is because of you, the readers.

We're lucky. We don't have to choose between helping ourselves and helping others. We can do both. One of the things that makes personal finance blogging so awesome is that our interests and our readers' interests are often perfectly aligned. The more we show others how to achieve their financial goals, the more likely we are to achieve our own.

As part of this point, I brought in a special guest: Benny Lewis, the Irish polyglot. (Benny recently shared a guest post at GRS about how to learn a foreign language without spending a cent.) Benny is spending time in Chicago learning to speak Klingon for a Star Trek convention. This is a great example of using story to convey an idea to readers. 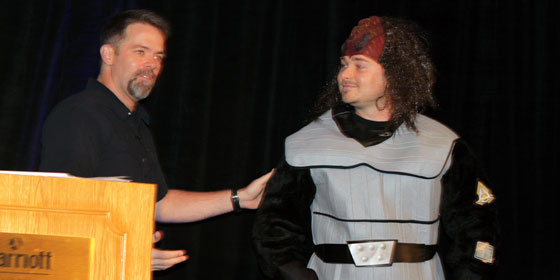 Using a Klingon to talk about the value of story

One of the highlights of the show was listening to my friend and colleague (and former GRS staff writer) Adam Baker (Man vs. Debt) give his early morning presentation on designing and launching a product of your own. Baker crushed it. 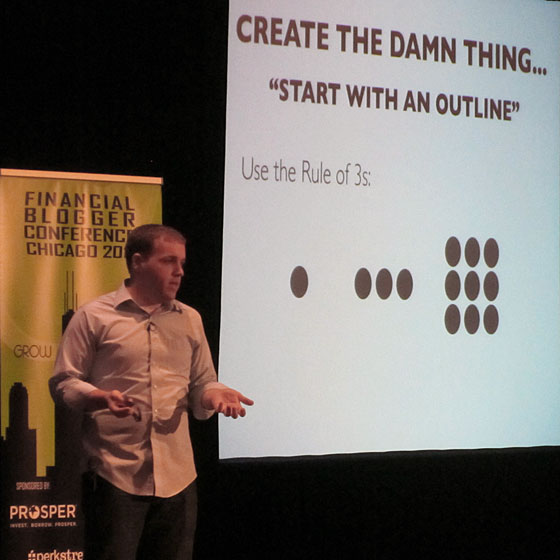 Current GRS staff writer Donna Freedman (Surviving and Thriving) also spoke at the conference. Her presentation covered good writing skills. Donna is much taller than you probably imagine, but she's just as funny in person as she is on the web. 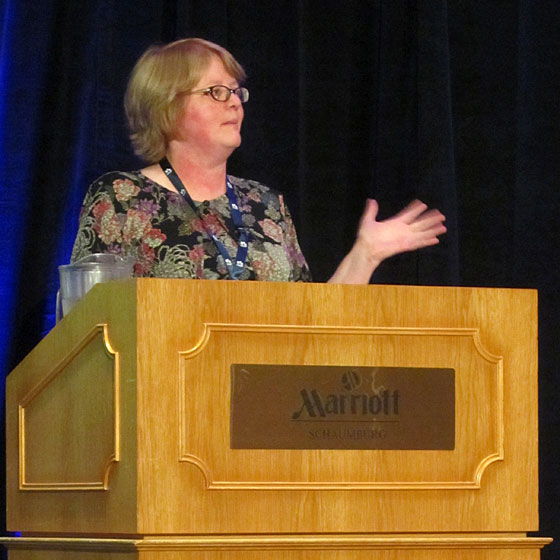 On Saturday night, the second annual Plutus Awards were presented to the top financial bloggers. Get Rich Slowly won awards for the best-written personal finance blog and the best personal finance blog with multiple authors. It also won the award for blog of the year. It's a tremendous honor to have been selected for these; the experience was humbling.

Other voices
For me, the best part of any conference is meeting and talking with my colleagues. It's almost impossible to overstate how much I enjoy sharing tips and stories and ideas. The people I meet are universally amazing, and this weekend was no different.

Here are just a handful of the folks I met:

“Hey, there's that notebook you always carry,” said Pete from Bible Money Matters when he saw me jotting down quotes. (I last wrote about my notebook a couple of weeks ago.)

“It's true,” I said. “I have to carry it or I'll forget this stuff. Besides, everything is a blog post.” (Late on Saturday night, I confessed to Pete and several other bloggers that I have an obsession with wool clothing. “I have an entire blog post written about it,” I said, “but I don't think I'll ever post it.”)

Note: I also spent a lot of time talking with Tess Vigeland, the host of Marketplace Money. I've been listening to Vigeland's work on public radio since the early 1990s. Turns out we grew up in neighboring towns during the 1980s and graduated from high school just a year apart. Her parents still live just across the river from me here in Portland. Crazy!

At lunch on Sunday, I chatted with Flexo (Consumerism Commentary), Will (Wise Bread), and Kelly (The Centsible Life). We talked about where blogging has been and where it's going. “I'm not sure where things will be five years from now,” I said.

“I think I know where they're going,” Will said. “Cat blogging is the future of the internet.” You know what? He may be right. 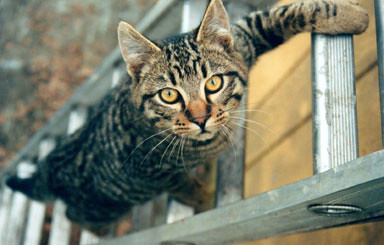 Thank you!
Finally, thanks to Phil Taylor from PT Money. It was his work and vision that pulled this conference together. We PF bloggers had talked about doing something like this for years, but nobody ever took the initiative until Phil made this his baby. It took him months of hard work to pull this off, but the result was worth it. Thank you, Phil. We personal finance bloggers are grateful. 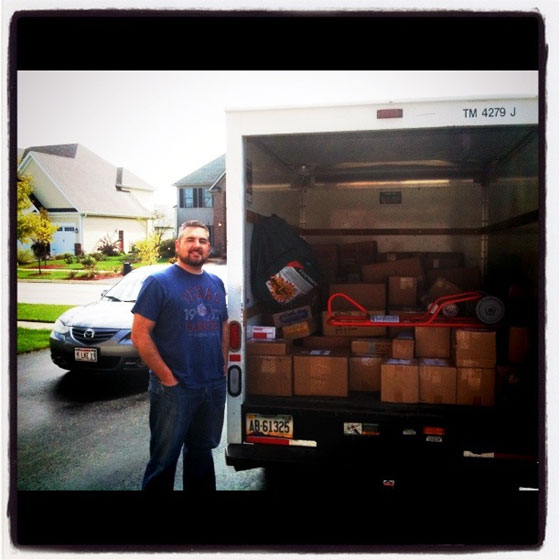 PT Money prepping for the conference
Note: Tomorrow, I leave for a vacation in Peru. For five weeks, I'll be hiking in the Andes and sitting on the shores of Lake Titicaca. You can follow my adventures at Far Away Places, my travel blog. In the meanwhile, I've written plenty of posts for my absence, and April will be stepping into the role of editor. I'll pop in when I'm not out petting the llamas.
More about...Uncategorized
J.D. Roth

Visualize your budget flows with a Sankey diagram