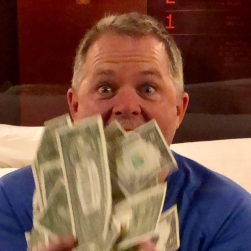 Survey: What does money mean to you?

Get Rich Slowly is the final entrant in JLP's Question-of-the-Day Marathon. There have been many thought-provoking questions over the past month; I hope you've had a chance to contribute at some of the participating sites. My question is:

What Does Money Mean to You?

When I was a boy, my family was poor. Money then meant necessities to me. It was the key to obtaining essentials, especially food and clothing. Sometimes it opened other doors, too: candy, comic books, movies. But mostly it was a means to obtain the things we needed to survive.

When I was a young adult, however, my attitude changed. My father had a successful business venture, so we had more money when I was in high school. 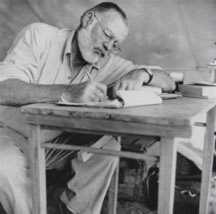 I went to a college where I was surrounded by kids from wealthy and successful families. I began to view money as the means whereby I could acquire the luxuries my peers seemed to already have. I acquired a lot of luxuries. I bought anything I wanted: books, computers, video games, gadgets, etc. I bought things even if I didn't have the money.

School's back in session, and with it come life-lessons in money management for students. But personal finance can be easy, even if you're just starting out. You just have to know how it works. All of the following are concepts I wish I had known before heading to college. 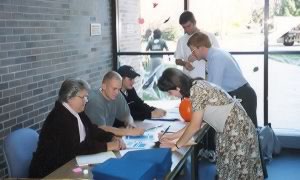 Now that you're on your own, you might be tempted to spend money on all the things your parents wouldn't let you have before. Go slow. If you play it smart, you can avoid the sort of money troubles that plague many young adults.

Some minimal organization will keep your finances in order. Each of these is an important adult financial skill.

The Only Credit Card Guide You’ll Ever Need

I don't like credit cards. They're a dangerous trap, especially for the young. Many smart people disagree with me, though, and have learned to use credit cards to their advantage. This guide provides solid credit card information so that you can make smart choices.

I've structured this as a series of questions and answers. There's sure to be a lot missing. Please let me know what else should be included here, and I'll add it. Let's start with the big question:

Where can I find the best credit card deals?
Index Credit Cards is a comprehensive credit card resource. The site features daily credit card news, but the main attraction is its list of credit cards, which catalogs over 2,000 credit cards including sublists of cards by:

Which financial records to keep (and how long to keep them)

An AskMetafilter user wonders how long to keep receipts:

I have been keeping all of my receipts for some time now. Every day, I enter them into my money tracking system (presently just a text file where I capture date, payee and amount). Then I file the receipts away in folders by month. My question: does it do me any good to save the receipts, or is having the data good enough? [...] I've never had to bring out individual receipts for tax purposes before, but my understanding is that if I got audited, having all my receipts would be very helpful. Is that true?

Bankrate has an excellent table summarizing how long to keep financial records. To summarize:

Trunk Clothes: A Sure Sign You Have a Spending Problem

I mentioned my little brother earlier because he was taught his son that two pairs of shoes equals one iPod. (Remember that they're moving, and his wife is packing sixty pairs of shoes.) He just called to chat. I told him I was busy, but he offered me another story and gave me permission to print it.

His wife used to work at Nordstrom. While there she took advantage of the employee discount. A lot. In fact, she spent over $10,000 on clothes during that period. (Meaning $20,000 retail price, I think.)

Even when the family didn't have any money, she'd come home with clothes. My brother would call her on it, but she'd deny that they clothes were new. "Come on," he'd say. "I know what's in your closet." One day he complained to her about the new clothes she was wearing, and she claimed they were old, when he pointed out that there was a price tag still dangling from whatever it was she was wearing.

Lessons About Money from the World of Warcraft

During late autumn and most of the winter, I live in another world. I join millions of others lost in Azeroth, the fictional universe for the computer game World of Warcraft. Believe it or not, one of the best lessons I've ever learned about money came from playing the game.

I was frustrated at never having enough gold to purchase the equipment I wanted, so on a whim I began to buy and sell goods at the in-game auction house. I was shocked at how much money I made. Normal gameplay might yield a few gold pieces per week, but I was able to make twenty or forty a week through arbitrage. And my character was fairly young! Over the course of a couple months, I was able to earn about 350 gold pieces, which is an amazing amount for a mid-level character.

And then I learned another lesson about researching investments when I spend all that money on a weapon of little value and a mad race to max out my Enchanting skills.

Lattes, iPods, and Masterworks: New Ways to Look at Money

My brother is selling his house. To get it ready for market, his family has been packing stuff in boxes. When it came time to pack his wife's shoes, the kids were amazed. She had sixty pairs of shoes. "How much did these cost?" my brother wondered. "Only about $75 each," his wife told him.

Their kids are still a little young to understand money, so my brother tried to translate this for his oldest son. The kid had just spent a couple weeks working, for which his grandfather paid him $20 per day. He saved his money and at the end of the two weeks, he bought an iPod. (Though what a seven-year-old kids wants with an iPod, I'll never know...)

"One way to look at it," my brother told him, "is that for every two pairs of shoes, you could have an iPod."

My friend Lynn works for a major U.S. insurance company. I recently asked her for tips to help people save money on auto insurance. I expected maybe a few quick ideas, but she went above-and-beyond with the following detailed list. If you own a car, you should read these tips. For readability's sake, I haven't blockquoted this, but it's all Lynn.

Note that every insurance company is different — not all of these ideas work everywhere. The first thing you can do to save money on auto insurance is to self-insure as much as you can afford. Do this in the following ways:

Aside from self-insuring, there are other steps you can take to save on car insurance.

Want to Save? Give up the Big Things!

My wife — the NPR addict — pointed me to a Marketplace commentary by
Amelia Tyagi. Tyagi says not to focus on small expenses, but to focus on big expenses. You can listen to the piece in RealAudio format from the NPR web site, or read this transcript:

Clip those coupons. Shift to that cheap, scratchy toilet paper. And whatever you do, don't buy any more lattes at Starbucks.

You've heard it before. Some famous financial advisor, shaking his finger and telling you how all you have to do is save $5 a week and all your financial problems will disappear. Before you know it, you will be debt free, investment rich, and lighting cigars with Donald Trump.

Yeah, right. The bottom line is, the little stuff really doesn't add up. Unless you live to be 500 years old, saving five bucks a week is not going to pay for a retirement home in Tahiti.

The real advice is that the big things add up. The fact is, one-third of Americans live in a house they can't really afford. Even more of us drive a car we can't afford. Fifty percent of us aren't saving a single dollar for retirement, let alone the 10% of our salaries that most experts recommend. So clipping a few coupons isn't going to build that nest egg.

But of course, just because it's easy, doesn't mean it's right.

So the next time some expert shakes a finger at you for enjoying a lunch at an upscale restaurant, go ahead and roll your eyes.

Just try not to roll your eyes when it's time to make the real money decisions.

Tyagi's advice on big expenses is great. Some people spend so much time sweating the small stuff that they miss the big stuff. They're penny wise and pound foolish, negating their daily scrimping and saving through stupid financial choices that burden them for years. (My wife told me yesterday of a co-worker who wants to sell his Ford Expedition, which he bought new last summer. The problem? He owes $43,000 on it but can only get $23,000 in trade-in. Ouch.)

But I don't like Tyagi's advice on the little stuff.