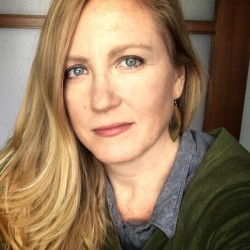 Naomi Veak is the training manager at an education technology company in Portland, Oregon. She's working in partnership with her graphic-designer husband to create a collection of inspirational posters and t-shirts. She waited tables for many years, and also worked as a middle-school math teacher. Naomi is a coach at the School of Financial Freedom. If she isn't on her bicycle, you'll find her out on a trail, at the beach, or in the mountains.

How I learned to stop feeling hopeless about money

J.D.'s note: Last week's talk by Vicki Robin was hosted by the School of Financial Freedom, a Portland-based organization I'm friendly with. At that talk, I met Naomi Veak, one of the school's coaches. She and I have a lot in common (grew up poor in small towns, attended the same college, etc.). I asked if she'd share her story with Get Rich Slowly readers. She agreed.

Have you ever thought how different your life could have been if you’d taken someone’s advice? What if I told you it may not be too late?

I recently rediscovered a letter my mother wrote to me when I was 19, attending a small liberal arts college in another state.

Towards the end of the letter, she told me to save it, so I did -- even though reading it left me angry and frustrated, and not a single word sunk in. You see, she was giving me financial advice after another tear-filled plea for money.

“Don’t expect your thinking to change overnight,” she wrote. “Give yourself time to feel the inward peace of mind that will eventually come.”

This “inward peace of mind” took me 25 years to achieve! How did I finally get there? My name is Naomi Veak, and this is my story.

A Poor Girl at a Rich School

I was a poor girl at a rich kid school.

It was a school I couldn’t afford, and I was surrounded by lifestyles I was ashamed that I couldn’t pay for.

This was only the beginning of a long struggle with finances, where the same money scripts -- unconscious beliefs about money that drive our behavior -- played themselves out again and again. (For more about this idea, see J.D.'s article about how your money blueprint shapes your world.)

I wanted money. I just couldn’t hold onto it.

Shortly after college, I became homeless. One friend after another was put to the test when I crashed on their couch for too long.

A year later, my boyfriend and I were living out of his truck on the cold and rainy Oregon coast. I remember sitting in the cab, crying as I counted our last handful of change. He later wrote about stealing a sandwich to split with me in a short essay he titled “Desperation and a BLT”.

Overwhelmed by credit card debt, I made an appointment at a debt settlement company to help me get things under control...only to continue charging to the same account a couple of months later.

Then my student loan debt doubled when I returned to school for another degree.