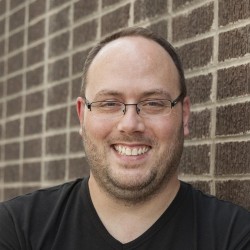 Tom Drake is the Founder of MapleMoney and covers Fintech and side hustles on Get Rich Slowly. That interest in technology and making money is what led to Tom's behind the scenes work at GRS. Tom has written for U.S. News & World Report and has been featured on Forbes and Entrepreneur.

Written by Tom Drake
|
|
No comments

If you have some spare time and are looking for ways to make a little extra money, you could try filling out surveys for money. With survey companies paying out millions of dollars to users each year, it’s a legitimate way to earn an income online.

Or is it? There’s a natural skepticism whenever this topic is brought up in personal finance circles, and for good reason. For starters, far too many people have been burned by the claims of ‘scammy’ survey sites in the past, walking away with nothing more than a whole lot of wasted time. And, let’s face it, you’re never going to get rich filling out online surveys. Forget rich, you’re going to struggle just to get to minimum wage.

So why even bother? Survey sites are definitely not for everyone, yet they remain very popular. If you stick to the most reputable ones, there is money to be made. We’re not talking rent-erasing money, but it might cover the cost of your monthly Netflix subscription, or subsidize your coffee habit, which for some people is worth the effort.

Earlier this week, J.D. wrote about what he calls the biggest truth in personal finance: You can't get rich through frugality alone. As Liz at Frugalwoods says, "You can't frugalize income you don't earn." Income is one-half the fundamental personal-finance equation, and it's probably the most important half.

First up, let's be clear: Actual passive "passive income" (as pitched by the scammers) is a lie. It doesn't exist. When we talk about passive income, we're talking about ways to make minimal money with minimal effort. Does that make sense? And it's a supplement to your main income, not the primary source.

To me, passive income is money that’s earned, usually on a recurring basis, without a significant time investment.

For example, if you own a rental property that brings in $1500 each month, but only requires two or three hours of time to manage, that's (mostly) passive income. Most nine-to-five jobs are the opposite of this. The income you earn is tied closely to the amount of time you spend at the office.

That’s not to say that passive income doesn’t require effort, though.

Often, there’s a lot of upfront work required before income can become passive. Using the same rental property example, before you can make any money, you have to purchase and renovate the property, and spend time advertising and interviewing potential tenants. All of that takes time and money.

Or, take J.D.'s book as an example. When I asked, he told me that he spent four months working full-time in 2009 and 2010 to write Your Money: The Missing Manual. That's not passive! But he hasn't touched the thing since then, and he continues to receive $50 checks every month. That is passive.

Some degree of passive income is possible -- and without shyster shenanigans. In this article, I’ve compiled 40 passive income ideas for you to consider. Not all of these passive income ideas will be right for you. In fact, maybe none of them will fit you. That's okay. But I'm willing to bet that many GRS readers will find at least one source of inspiration here that they can use to help increase their income...even if it's only a few dollars per month.

How to make money fast: Quick ways to earn money in 2021

Let’s face it. Most of us, at one point or another, have been faced with a financial emergency, or a plain, old-fashioned cash crunch. It’s definitely not a fun spot to be in. While there are steps we can take to avoid such situations (more on that later), that’s often the last thing on our minds when we need to come up with money — quick.

To assist, I’ve compiled the following list of money-making ideas. While some of the items included are more lucrative than others (you’ll never get rich taking surveys, for example), they all share a common theme: making money fast. Ready? Let’s dive in.

And before anyone mentions it, yes we're aware of the irony of publishing an article about making money fast at a website called Get Rich Slowly.

It has never been easier to invest.

In only a few years, the rapid advancement of mobile technology has placed the power to invest at our fingertips and ushered in a wave of fintech startups, armed with new and innovative solutions for investors. Names like Acorns and Stash are now competing head-to-head with traditional brands such as E-Trade, and TD Ameritrade. (Imagine E-Trade being considered a "traditional" brand!)

With so many great options to choose from, it can be downright difficult to decide which investment app is right for you. To take out the guesswork, I’ve compiled a list of the best investment apps for 2021. From beginner investors to advanced traders, there’s something here for everyone.

Before we dive in, I should point out that this list of best apps is not a ranking. Instead, I’ve chosen what I believe are the best apps for a variety of situations - trading stocks, exchange traded funds (ETFs), no-fee, and micro-investing, you name it.

This means that the investment app I chose as best overall won’t necessarily be the top pick for every investor. Rather, it’s the one that I feel most clearly meets the needs of its target client. With that in mind, I present to you the Best Investment Apps for 2021.

The Best Mortgage Rates of 2018