How to improve your fuel economy: 23 top tips for better gas mileage

Fuel prices have been hovering at record levels around the United States for the past few weeks. Now is a good time to review the best ways to improve your gas mileage and save money at the tank. I scoured dozens of websites and read hundreds of tips — these are the best of the bunch.

Save Money With Your Vehicle

This calculator from fueleconomy.gov allows you to compare the cost difference between two vehicles based on their MPG.

Save Money by Thinking Ahead

Find the best prices
Use the web to research the lowest prices in your neighborhood. For example, GasBuddy.com is “a network of more than 179+ gas price information websites that help you find low gasoline prices.”

Buy gas from a wholesale club
Some Costco or Sam's Club stores offer their members discounts of up to ten cents per gallon on fuel. Our local Safeway store gives us a three-cent discount on gas after we spend a certain amount on groceries. (Though we'd have to drive 25 miles to find a place to use it!) 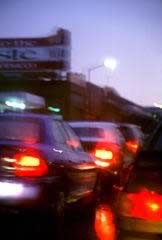 Alter your commute time
If possible, schedule your trips and errands for times when traffic is lighter. In an insanely detailed article, Omninerd found that commute times varied widely depending on the time the author left the house. If your company allows it, try coming in earlier or later in order to avoid rush hour.

Optimize your travel
Consolidate trips: If you know you have to buy groceries, take your clothes to the dry cleaner at the same time, and then drop little Johnny at soccer practice. Combine multiple trips into one.

Lighten your load
Carry only the bare necessities — don't haul things in your trunk. “For every extra 250 pounds your engine hauls, the car loses about one mile per gallon in fuel economy.” [via Bankrate]

Reduce drag
About half of your vehicle's energy is expended overcoming air resistance. (The other half is expended in acceleration.) Reduce your car's workload — remove anything that might cause drag: luggage racks, bike racks, ski racks, etc,

Save Money at the Pump

Buy gas on Wednesdays
“Gas prices are statistically the cheapest on Wednesdays, but this is only true over a large number of days. It won't be true every week.” Gas prices often jump before holidays, too. [via WikiHow]

Don't go out of your way to save a few pennies on gas
If it's convenient to shop at a cheaper place, do so. If not, don't. On a ten-gallon fill-up, saving five cents a gallon only nets you fifty cents. My car costs about 36 cents per mile to operate. It doesn't make sense for me to go a mile out of my way to find cheaper gas.

Buy gas during the coolest times of the day
“During these times gasoline is densest. Keep in mind – gas pumps measure volumes of gasoline, not densities of fuel concentration. You are charged according to ‘volume of measurement'.” [via HowToAdvice.com]

Use the right octane level for your car
Using premium gasoline in an engine designed to run on regular doesn't improve performance. Even some vehicles that call for higher octane fuels can run on regular unleaded, though with some loss of performance. (Check your owner's manual.) You can save money by using the lowest octane rated gasoline that your car will tolerate.

Don't top off your tank
Trust the auto-shutoff. Overfilling can lead to wasted gas.

Be sure your gas cap is tight
“Improperly seated gas caps allow 147 million gallons of fuel to vaporize every year in the U.S.” [via Advance Auto Parts]

Use a gas credit card
I don't like credit cards, but the best gas rewards credit cards can be a good way to save a few cents per gallon. Just be sure to pay off your balance at the end of the month!

The Nut Behind the Wheel

Drive at a constant moderate speed
Edmunds.com found that the best way to improve fuel efficiency was to accelerate slowly and to brake over a longer distance. Aside from purchasing a new vehicle, this is the single most effective step you can take to reduce your costs. According to fueleconomy.gov: “As a rule of thumb, you can assume that each 5 mph you drive over 60 mph is like paying an additional $0.20 per gallon for gas.”

Use cruise control
If you're like me, your driving speed tends to fluctuate. Cruise control takes the human element out of the equation and keeps driving speeds steady. It's the easy way to drive at a constant moderate pace.

Don't idle
Turn off your engine if you'll be idling for more than thirty seconds. Starting your vehicle does use a burst of fuel, but not as much as allowing the engine to idle too long.

Anticipate stop signs and lights
Plan ahead. The less you have to stop, the better your gas mileage. Make it a game to catch all of the green lights. Laugh at the other guy as he sprints from red to red.

Keep your cool
Most people claim that it makes more sense to use air conditioning on the highway and to roll down the windows in city traffic. It's commonly claimed that either method is going to reduce your fuel economy by about 10%. But according to research performed by found, there's no real difference between driving with the windows down or using the air conditioner. Consumer Reports obtained similar results:

Air conditioning uses about 1 mpg, but safety (and comfort) increase with use. Opening windows made no significant difference in our gas mileage.

Do what works for you. (But please: don't run your air conditioner with the windows open.)

For more information on fuel economy, check out the following sites:

What are your favorite tips and tricks for saving money on gas?

How Those Evil Credit Cards Can Be Good for You

Use an Informational Interview to Overcome Mental Barriers

How to be happy and lead a meaningful life