How to inoculate your children against advertising

I have a confession to make: I like commercials. Even though they can be boring, insulting, and just plain bothersome, on some level they intrigue me. I often wonder why certain ads fail miserably while others succeed in catapulting a brand to the forefront of store shelves. I like commercials because I enjoy guessing which will sink the product and which marketing genius will get a promotion. But what I hadn't considered until I had children was how much power commercials seem to have over us.

Out of the Mouth of Babes 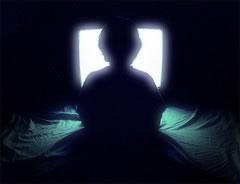 What changed my perception was a routine shopping trip a few years ago with my then four-year-old boys. As I paused my shopping cart in front of the cleaning supplies, Andy said, “Mom, aren't we going to buy some Clorox?” I stared in surprise at my child because, although he was pointing straight at the Clorox, I knew he wasn't able to read.

I puzzled over the bleach incident for some time because not only were the boys unable to read, but I didn't generally buy bleach. Eventually, my husband and I realized that commercials were to blame. While I had been dismissing commercial-watching as a mildly amusing pastime, marketers were subtly invading my home and impressing their values on my captivated and trusting children.

Shortly after we saw how easily we had been replaced as the value-shapers in our home, we also began to notice just how much allure commercials held for our children. And as soon as we began to hear choruses of, “Can we buy this?” and “We need to have that!” from the lips of our twins, we realized we needed to act.

If You Want to Defeat Your Enemy, Sing His Song

Our first option was simply to turn the television off, but since our kids were only watching one or two shows per week in addition to a nightly game show we watched as a family, it was hard to believe they were watching too much. Also, if the commercials during those short hours were having this much effect, we had to consider what growing up in our media-saturated culture would do to them if they weren't properly armed.

What we decided to do was slightly unconventional, but it made sense to us. We inoculated our boys using a principle I had learned in a college communications course. Little by little, we taught them about basic economics and simple marketing techniques used by companies to encourage people to part with their hard-earned money. The theory was that if they could recognize the tactics companies used to market a product to people, then our children would become resistant to the claims presented in commercials and slowly learn to be discerning about their validity.

We didn't sit the boys down for long lectures; rather, every time we noticed that a commercial or a print ad caught their attention, we asked them if they thought the product really did what the commercial claimed. This introduced the idea that sometimes people say things that aren't true and that it was okay for them to question what they saw and heard. It also taught the boys that what they think is important and valuable.

At the same time, we explained to them how companies need money to pay their workers and themselves, and how those companies try to convince others to buy their products in order to make money. Slowly, we began to see a change in their behavior.

We knew our approach was working when, only a few months later, the boys asked me which paper towels we used. Soon after I answered them, I heard the sounds of running water and giggling coming from the downstairs bathroom. When I went to investigate, I saw Andy and Matt busily soaking paper towels and loading them with various toys. The explanation? They were testing the assertion that the towels were so strong they could carry heavy loads even when wet. The twins were so pleased the claims were true that Matt insisted we use nothing but this particular brand of towel in the future.

Eventually, the lessons of trusting your own judgment, testing the claims of others, and discovering true value began to have an effect on our kids' everyday lives. Instead of whining for toys they saw in a magazine, Andy and Matt would show me the ad and ask if I thought the toy lived up to its claims, whether I thought it was a good price or not, and how long I thought it would last. They began to check the piece count on building sets before they spent their birthday money on them, and they would ask store clerks for more information before making purchases.

Recently, a mattress commercial came on. We adults filtered out the woman falling sound asleep as soon as her head hit the pillow until Andy matter-of-factly piped up, “It doesn't work. I tried it.” Smiling at the picture of my son trying to fall instantly asleep, I realized that while the mattress test hadn't worked, the inoculation had.

By introducing just a little bit of the marketing germ, we gave Andy and Matt a tool for wading through the thousands of ads that will clamor for their attention as they grow up in our consumer-driven society. Eventually, they will be able to use this process to decide if a product falls in line with their own values. For now, I am proud to hear my children constantly question the broad claims made by marketers, and I am pleased that we have been able to pass on to them our values of critical thinking and careful consideration.

View all posts by Lisa Tiffin

The Roth IRA made easy

Do programmable thermostats really save money?

The economics of country mouse vs. city mouse

As featured in:
15 shares