This guest post from Joel is part of the “reader stories” feature here at Get Rich Slowly. Some reader stories contain general “how I did X” advice, and others are examples of how a GRS reader achieved financial success — or failure. (Note that Joel is the author of the Blog Of Impossible Things, a blog documenting his attempts to live an extraordinary life by doing impossible things.) 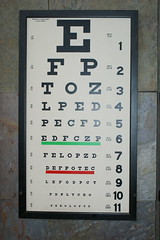 I recently moved from Chicago to Indianapolis for a three-month work-related project. Luckily, I didn't have to bother with many of the typical moving hassles because of the short-term nature of the arrangement; the transition went seamlessly until I met the nightmare known as the health club membership.

When I was in Chicago, I had a membership at Life Time Fitness for $49.95 a month. (I got in on a promotional offer.) I know you don't always need a gym to workout, but the main draw for me was the pool. Since I'm training for a triathlon, I desperately need a pool to practice my swimming considering my current attempts usually resemble a drowning elk. (In reality, a drowning elk is actually probably far more graceful than I am in water.)

In Chicago, there are three Life Time clubs within 15-20 minutes of where I live. In Indianapolis, there's one. It's 30 minutes away, and the main route there is under major construction. I quickly realized that the drive wasn't going to be worth it, and decided it would be much easier for me to go to a nearby community club that not only was newer, but cost less ($35/month).

I called Life Time to cancel my membership, and they told me I needed to cancel it in person. I drove 30 minutes to the club, where I explained the distance issue and that it wasn't economical for me to spend that much time commuting each way. The general manager told me he understood and pulled up the cancellation agreement on his monitor as he asked me to cancel the contract by signing a little black box attached to the computer.

I asked to see exactly what I was signing, and he reluctantly turned the screen towards me. I was shocked to read that while I was canceling my membership this month, the cancellation wouldn't be effective till the end of next month because there was a 30-day cancellation policy. This meant that even though I was canceling on the 14th of the month, I was not only responsible to pay for the rest of the month's dues, but also the full dues for the following month.

The manager told me that the policy was standard procedure and that it was all in the membership agreement I had signed when enrolling. This agreement is what tripped me up. Essentially, member services had a computer screen with the contract facing them, and I had a black box where they asked me to sign. They didn't offer to show me the actual wording up front, and they certainly didn't point out any of the cancellation notices out beforehand.

After some discussion, the best-case scenario would mean that I would effectively be paying for eight weeks of gym access, even though I only used it for two weeks.

I tried to brainstorm a way that I could somehow get out of paying the second month's membership, but they had my credit card on file (it's in their policy), and they make automatic deductions from my account each month. Short of canceling my credit card, I didn't have many options.

I cancelled the contract. They were going to charge me either way, so at least now I'm done with them. I'm getting a membership at the health club nearby (without obscure cancellation policies) and I'll be taking my workouts and my drowning elk impressions there. The extra $35/month was a hard number to swallow at first, but I would have easily spent that much per month if I were to make the 30-minute drive, twice daily, six days a week until my membership was “officially cancelled”.

Whether this policy is ethical or not isn't the point. The point is this: As a consumer, I always need to read the fine print to protect myself.

I don't think I'll ever be able to sign another contract without scouring the fine print for a cancellation policy. Ultimately it's my responsibility to protect myself from bad contracts. J.D. always says, “nobody cares more about your money than you do” and it's true. If I had taken five minutes to ask for and read the contract, at the very least I would have known about the policy rather than being caught off guard. I'm not sure it would have made a difference in my situation, but at least I would have known.

In the grand scheme of things, I'm lucky. A $100 health club membership nightmare is a dirt-cheap way to learn this. If it had been a credit card, bank loan, or any other number of scenarios, failing to understand what I'd signed could be much, much more costly. Always know what you're getting yourself into and always read anything you sign. It's worth it.

There are 63 reader responses to "Learning to read the fine print".