Use an Informational Interview to Overcome Mental Barriers 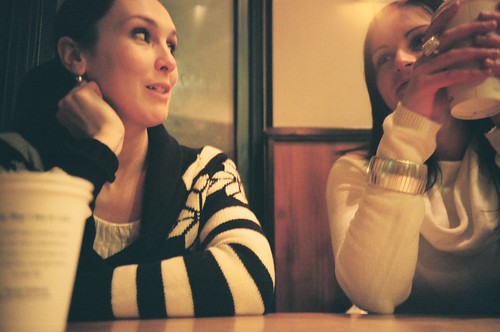 Less than a year ago, I was stuck. I knew I wanted to start a side business that had potential to grow, but I had no idea what to do or how to do it. I was feeling stagnant, suffocated, and tired of dreaming about possibilities, but never making progress.

In hindsight, it's clear that I was spinning my wheels. I was optimistic one day, bursting with ideas and plans, and then the next I was deflated because I thought of 20 reasons why an idea wouldn't work, or someone made a negative comment that made me believe it was better not to try. Wouldn't want to waste my time if it won't work out in the end, right?

The risk of doing nothing
Our barriers, or excuses, always seem legitimate when we're creating them. Here are a few of mine that I can recall:

None of these excuses hold water. Everyone has a life situation that might make their goal more difficult — family demands, kids, lack of money, lack of education — but if you focus on those, you'll do nothing. And if you think going after your goal seems risky, doing nothing can be even riskier. Susan Su wrote about the risk of doing nothing at I Will Teach You to Be Rich:

‘Nothing' is not innocent. It can carry huge potential risks. Remember opportunity cost from basic economics class? There are opportunity costs with everything that you're currently doing — including nothing. Doing nothing might be your most threatening risk precisely because it's so invisible. It's invisible, but we can still measure it.

Doing nothing seems to be completely unrisky — it's sort of like hunkering down in a bomb shelter. What could possibly happen to you in there? Probably nothing. But even ‘nothing' has a cost. If you do nothing — or if you hunker down in a bomb shelter — you're probably safe, but you're also missing out…on a lot.

While most people create barriers against earning money on the side (“Oh no, I have to make business cards!”), their biggest fear should really be continuing to do what they're already doing, and nothing more.

It's worth reading the full post to see her numbers-based example of how doing nothing can cost you money.

Now, I want to pause for a moment here to point out that this isn't just about earning money or starting a business. That was my goal. Maybe you share it, maybe you don't. The bigger point is that we all have things we want to do and reasons why we aren't doing them. Maybe you want to pay off your credit card debt, but it seems impossibly large. Maybe you want to see Thailand someday, but you've never been overseas, and you think it's a pipe dream. Maybe you want to understand more about investing, but it's so complicated and you failed 8th grade algebra. Doing nothing will cost you.

For example, last summer I was trying to decide if I should sign up for a yoga teacher training program. I was hungry for the knowledge I'd get in an intensive course, and I thought it might be a good business, as well, since it's something I love. Unfortunately, my bubble would burst when I'd mention my interest to someone, and he or she would make one of the following statements:

I probably took these statements to heart because the person was voicing a fear I already held, and in the past, I might have stopped right there and given the whole thing up. But luckily I really love yoga, and I also happened upon an interview with a yoga teacher who was making my salary and working less hours. I bookmarked the article and would read it over and over again, looking for both advice and inspiration, but I had questions, as well. One day, I worked up the courage to contact her through her website.

I was hoping I could e-mail her a few questions, not wanting to take up her time. She wanted to set a date for a Skype call, and she wanted my questions in advance so she could give each one enough consideration beforehand. I was floored that she would be so generous with her time. As the call came to an end, she asked that I keep in touch to update her on my progress. Lesson: People usually want to pay it forward and help others who are serious about reaching their goal.

Motivation, inspiration, and networking
I started to use the informational interview to break barriers by finding people who were doing the very thing I wanted to do, and talking to them instead of listening to random comments by other people or even listening to myself and my excuses. I still review the notes from that Skype call for motivation and inspiration, and although I'm more focused on my writing business at the moment, I finished the yoga teacher certification in May and plan to start teaching regularly.

The informational interview is powerful tool because you get an audience with someone who has already accomplished your goal. If you're a single mom who is struggling with debt, find another single mom who paid off her credit cards. If you think you're too old to start a new career, talk to someone like Helen Small, who received her undergraduate degree at the age of 87 and her master's degree at age 90. Even more important than the interview is making contact with people you can lean on when you're creating barriers to your own success.

Finally, if you setup an interview, send your interviewee a thank-you note immediately after, and send useful information or articles every now and then. Make sure you're putting in as much as you're getting from the relationship, not making contact only when you need something.

I don't know what took me so long to reach out to others, but I've learned that most people want to help. When negative comments, either from others or yourself, are holding you back, it's time to meet new people.

How to retire early: Early retirement by the numbers

Why gym memberships can be a smart investment

How to get started investing

Yes! Sign up and get your free gift
38 Comments
Oldest
Newest Most Voted
Inline Feedbacks
View all comments