In May, I wrote about how to negotiate your salary. I argued that following the advice in Jack Chapman's Negotiating Your Salary: How to Make $1,000 a Minute is one of the best ways to improve your financial well-being. I still believe it. If you're looking for work or looking for a raise, you should absolutely read his book.

But negotiation is a skill you can use in other parts of your life, too. In fact, in You Can Negotiate Anything, Herb Cohen says that we negotiate constantly with our spouses, our children, our parents, our co-workers, and our friends.

In every negotiation, Cohen says, there are three crucial variables: power, time, and information. You can hold the best hand at the table, but if you lack these three things, you're still going to lose.

Power, time, and information are the three main factors during a negotiation. But there are many subtleties, as well. In You Can Negotiate Anything, Cohen gives dozens of examples and offers lots of tips. Let's look at a few. 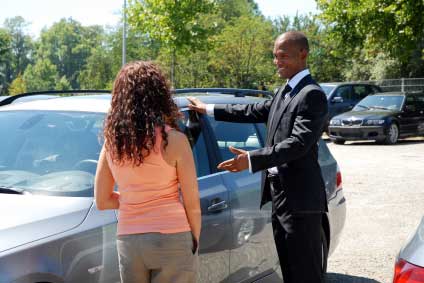 Other Factors in Negotiation

The following are just a few of the many factors and tactics that can be used to negotiate effectively:

Care — but not too much. In every negotiation, the side that needs or wants the outcome least has an advantage. Cohen writes: “When you feel you have to have something, you always pay top dollar. You put yourself in a position where the other party can manipulate you with ease.”

When you're negotiating, whether it's to buy a car or to choose where to eat with your spouse, you'll have more leverage in the negotiation if you have other options. If there's competition for your attention, you're less attached to one particular result.

Ah, my favorite negotiation technique. If you're negotiating with me, I always know more than I'm letting on. I play stupid. Cohen writes, “In negotiation, dumb is often better than smart, inarticulate frequently better than articulate, and many times weakness can be strength.” When you play dumb, you force the other side to give you more information.

That's not to say you should be dumb. On the contrary. Remember: Information is one of the keys to successful negotiation. But sometimes it's better to pretend you know less than you really do. Cohen says — and I believe this is crucial — you should “learn to ask questions, even when you think you might know the answers.”

Cohen says it can be extremely effective to ask the question “what if?”. What if I haul the lawnmower home myself instead of you delivering it? How will that affect the price? What if I buy two cases of this wine instead of one? What if I pay cash instead of using a credit card?

In Negotiating Your Salary, Jack Chapman says that when you receive your salary offer, no matter what it is, your best response is to “flinch” — to follow the offer with a long silence. Cohen would probably agree. He writes, “Oddly enough, silence, which is probably easier to carry out, can be just as effective as tears, anger, and aggression.” Silence is a powerful tool when negotiating.

As you negotiate, sunk costs can work for you or against you. The reason the car salesman wastes 3-4 hours of your time instead of making it a 30 minute transaction is because he knows you'll have a tendency to take the little $100 surprises he throws at you because you're thinking, “I've already spend this long at it — I can't just leave.”

But you can use the sunk-cost fallacy against salespeople when negotiating. If you're buying a new refrigerator, you can usually negotiate lower prices and additional concessions if the saleswoman feels she's already invested so much time in you that she doesn't want to lose the sale.

Cohen adds: “If you have something difficult to negotiate — an emotional issue, or a concrete item that can be stated numerically, such as price, cost, interest rate, or salary — cope with it at the end of the negotiation, after the other side has made a hefty expenditure of energy and a substantial investment of time.”

You Can Negotiate Anything has tons of other tips, from the effects of attitude to the importance of “increments of concession”. Cohen is an experienced negotiator, and he's happy to share everything he's learned. 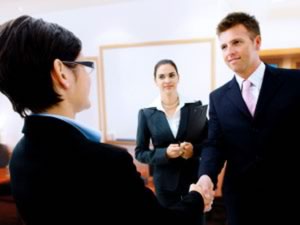 Most negotiations are adversarial or competitive: Each side is trying to get the better end of the deal. But Cohen says this doesn't have to be the case. Many times, the two sides would be better off moving from a competitive mode to a cooperative one; they should look for win-win scenarios. This requires a different way of thinking and a different style of negotiation.

“Successful collaborative negotiation lies in finding out what the other side really wants and showing them a way to get it, while you get what you want,” Cohen says. To get to win-win, you need to:

Moving from competitive negotiation to cooperative negotiation is especially effective during conflict resolution (as opposed to when you're simply trying to buy something). As I wrote last summer at my personal blog, too many times traditional approaches to conflict create lose-lose situations, but with creativity and patience, you can achieve wins for both sides.

Note: This is why I hate the current state of American politics so much. I'm frustrated because our government could be collaborative and win-win — but it's not. Instead, it's adversarial, and we end up with a government that's lose-lose for everyone. (This problem is just exacerbated by the idiots on radio and TV who insist on stirring the pot.)

Whether you like it or not, your life is filled with negotiations. You negotiate your salary, for the price of a car, for the cost of a couch. You negotiate with your wife about where to spend your summer vacation, with your husband about what color to paint the baby's bedroom, with your daughter about what time she should be home from the football game.

Cohen acknowledges that some people hate negotiating and don't want to participate. “Certainly that's your prerogative,” he writes, “but remember that in order to achieve a collaborative result in a competitive environment, you have to play the game.” [Emphasis his.] If you don't want to pay the game, your only options are to build complete trust (which takes a lot of time) or to just accept the terms you're given.

By becoming a better negotiator, you'll not only save (and make) more money, but you'll also become better at conflict resolution. Of all the books I've recommended at Get Rich Slowly over the past four years, I think You Can Negotiate Anything and Negotiating Your Salary are two of the best. Their lessons can have a huge impact on your life.

For more on this subject see:

I'm a recent convert to the power of effective negotiation. I've learned a lot about it this year, and it's paid off in a big way. Perhaps that's why I'm so passionate about the subject. I've seen first-hand just how much money you can save — and earn — by taking the time to negotiate. I think learning to negotiate could improve your life, too.

Outsourcing my life: Why I pay others to do tasks I could do myself

A man of no ambition