Is a money merge account a good way to pay off your mortgage? 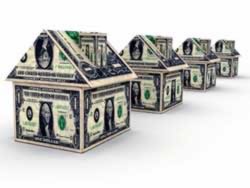 Over the past few weeks, I've received several questions about money merge accounts (sometimes called “Australian mortgages”). I haven't paid much attention to these because I'm unfamiliar the products. But when Abbie wrote last week, I decided to do some research. Here's what she said:

My financial guy handed me a DVD for United First Financial the last time I spoke with him. Apparently they are a company that uses “sophisticated algorithms” to compute how to best pay down a mortgage using a HELOC and a Money Merge Account, with the end result being that the mortgage is paid off in fewer than 30 years. (Their preferred statistic seems to be 11 years.)

I'm new to the whole homeowner thing, and know there are differing opinions regarding paying off a mortgage early, but was wondering if you're familiar with this system. I'd appreciate any information or opinion you have regarding money merge accounts or UFF; a bit of web research comes up with inflammatory chats and the company's own claims, but nothing from a reliable third party.

I spent three hours researching money merge accounts, and was unable to find any better information than Abbie did. From what I can gather, here's how they work:

In the case of United First Financial, all of the timing for these actions is prompted by proprietary software, for which the homeowner pays a one-time fee of $3500. These prompts are not mandatory, but if they're not followed, it defeats the purpose of the program.

The consensus on the web seems to be: yes, these programs can help you pay down your mortgage quickly; however, they don't do anything that you could not do yourself for free. The expense might be worthwhile if:

But most people with the financial resources to accelerate mortgage payments are able to do so without the assistance of a third party. The easiest (and most flexible) mortgage acceleration program is the one you control yourself: simply send extra money to your bank on a regular basis (being sure to note that the extra ought to be applied to principal). You'll save nearly as much as you would with a money merge account. (Proponents of MMAs admit this!) If you find after a couple years that you lack the discipline to do this on your own, then you might seek a reputable source for a money merge account.

You can read other discussions of money merge accounts at these sites:

Before you begin a mortgage repayment program of any kind, be certain that you understand the consequences. Accelerating your mortgage payments may provide psychological comfort, but there may be smarter financial choices. Last year the Federal Reserve Bank of Chicago released a study [PDF] that found:

About 38% of U.S. households that are accelerating their mortgage payments instead of saving in tax-deferred accounts are making the wrong choice. For these households, reallocating their savings can yield a mean benefit of 11 to 17 cents per dollar.

All of this discussion about money merge accounts is just theory. I'd love to hear from somebody who has first-hand experience with them. Do you love the idea? Hate it? Do you think it's worth the cost? Let us know!

Note: Just as I was finishing this post, I recieved another e-mail about money merge accounts. They seem to have reached some sort of critical mass.

Burgers or Blogging? Further Thoughts on Pursuing Your Passion

The key to financial freedom

HDHP with HSA: Friend or foe?