The extraordinary power of compound interest 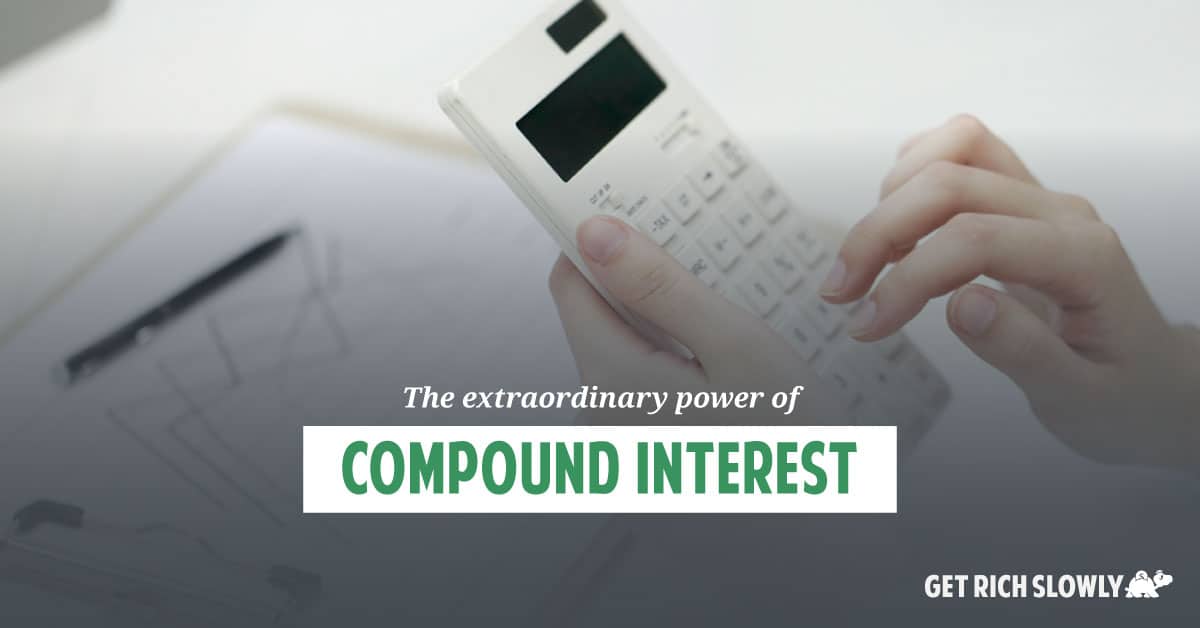 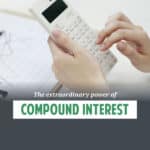 If you are young, you may not think you need to invest or open a retirement account. You probably think it is easier to worry about it five years from now — or ten. You're wrong. Time is on your side now, especially when it comes to compound interest.

No matter what your age,now is the time to begin saving for retirement. In The Automatic Millionaire, David Bach writes, “The single biggest investment mistake you can make [is] not using your [retirement] plan and not maxing it out.”

Saving is the Key to Wealth

You may be skeptical. I was once skeptical too. But many books I have read on the subject of wealth-building have convinced me — books like Stanley and Danko's The Millionaire Next Door make it abundantly clear that it is not a high income that leads to wealth — though, obviously, a high income does not hurt — but saving.

Those who become wealthy do so by spending less than they earn. There is no other source of saving, and, by extension, of building wealth.

If saving is the key to wealth, then time is the hand that turns the key to unlock the door. There is no reliable method to quick riches. There are, however, proven methods to get rich slowly. If you are patient, and if you are disciplined, you can produce a golden nest egg that will hatch later in life. It might appear that the pittance you save now could not possibly make a difference, but that is because you haven't considered the extraordinary power of compound interest.

The Power of Compound Interest

The best way to ensure your future financial success is to start saving today, even if all you have seems like a paltry sum. “The amount of capital you start with is not nearly as important as getting started early,” writes Burton Malkiel in The Random Walk Guide to Investing. “Procrastination is the natural assassin of opportunity. Every year you put off investing makes your ultimate retirement goals more difficult to achieve.”

The miracle of compound interest is the secret to getting rich slowly. Even modest returns can generate real wealth given enough time and dedication … mainly time.

On its surface, compounding is innocuous, even boring. “So what if my money earns less than 3 percent in a savings account?” you may ask. “What does it matter if it averages 8 percent annual growth in a mutual fund? Why is it important to start investing now?”

In the short-term, it doesn't make a huge difference — but don't let that fool you. On the slow, sure path to wealth, we need to keep focused on long-term goals. Short-term results are not as important as what will happen over the course of 20 or 30 years.

Related >> Find the best high-yield savings account for you.

Growth of a Single $5,000 Contribution

For example, if 20-year-old Britney makes a one-time $5,000 contribution to her Roth IRA and earns an average 8 percent annual return, and if she never touches the money, that $5,000 will grow to just under $180,000 by the time she retires at age 65, as you can see from this chart:

You can see how the money earned dwarfs the initial investment more and more as time goes by.

Compounding can be made even more powerful through regular investments. It is great that a single $5,000 IRA contribution can grow to more than $170,000 in 45 years, but it is even more exciting to see what can happen when Britney makes saving a habit. If she were to contribute $5,000 annually to her Roth IRA for 45 years, and if she left the money to earn an average 8 percent return, her retirement savings would grow to more than $2 million, as you can see from this chart:

A golden nest egg indeed! She will have more than eight times the amount she contributed. Again, the dark green portion of the chart dwarfs the light green, which is the money she put in.

This is the extraordinary power of compound interest.

Related >> See a guide for Roth IRA rules and requirements.

The cost of waiting one year

It's human nature to procrastinate. “I can start saving next year,” you tell yourself. “I don't have time to open a Roth IRA — I'll do it later.” But the costs of delaying your investment are enormous. Even one year makes a difference. Every year that Britney in the example above waits, she loses one year at the end of the chart. In the first example representing a single investment, waiting one year will cost her almost $14,000 (the column highlighted in red).

Like many people, she may be tempted to think she is only losing the first year's return, i.e., around $400, but that isn't the case. She is actually losing the last year's return ($14,000), not the first. That is a steep price to pay for a single year of procrastination.

The difference is even more dramatic when you look at what Britney loses by waiting a year even though she contributes regularly to her savings. If Britney makes annual contributions of $5,000 to her Roth IRA as shown in the second example, waiting just one year will cost her more than $150,000! That is probably more than her annual income.

There is another way to look at the cost of procrastination. If she still wanted to have a $2 million nest egg at age 65 but she waits five years to get started, her annual contributions would have to increase to nearly $9,500 — that's almost double! And if she were to wait until age 40, she'd have to contribute nearly $55,000 a year!

How to Get Rich Slowly

You can make compounding work for you by doing a few simple things:

1. Start early. The younger you start, the more time compounding has to work in your favor and the wealthier you can become. The next best thing to starting early is starting now.

2. Make regular investments. Don't be haphazard. Remain disciplined, and make saving for retirement a priority. Do whatever it takes to maximize your contributions.

3. Be patient. Do not touch the money. Compounding only works if you allow your investment to grow. The results will seem slow at first, but continue on. Persevere! Most of the magic of compounding returns comes at the very end. Compounding creates a snowball of money. At first, your returns seem small; but if you are patient, they will become enormous.

Understanding how important it is to get started saving for retirement, check out the rest of our Roth IRA series to learn about how to start your Roth IRA, which investments are best, and other general questions about these great accounts.

Part 1: The extraordinary power of compound interest
Part 2: What is a Roth IRA and why should you care?
Part 3: How to open a Roth IRA (and where to do it)
Part 4: Which investments are best for a Roth IRA?
Part 5: Questions and answers about Roth IRAs

Save on Gas with Auto Maintenance

Traditional advice is wrong: Here’s how much you actually need to save for retirement

I quit my job and joined the Peace Corps

The flywheel of wealth (and the importance of patience)