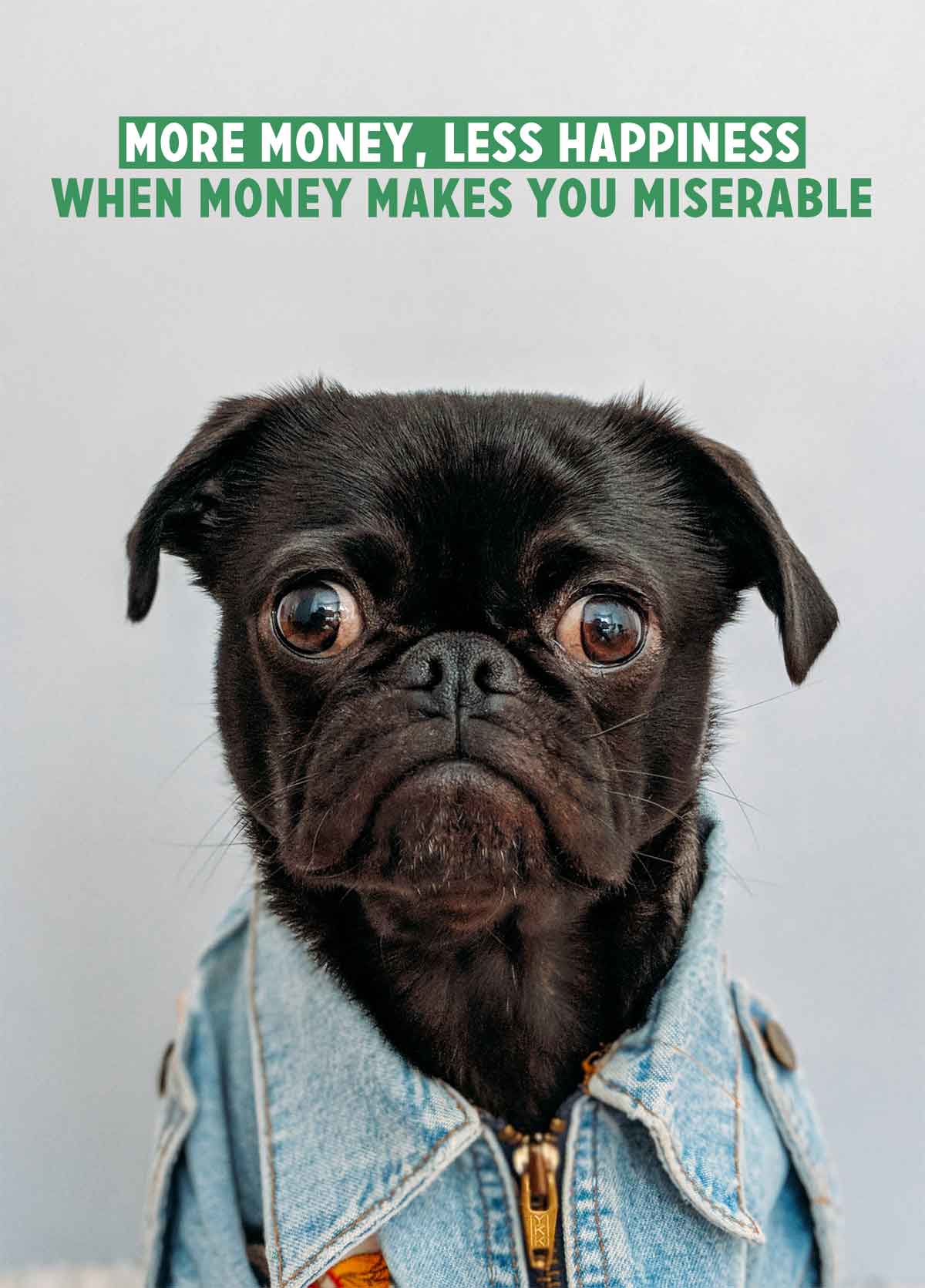 Money, the conventional wisdom says, doesn't buy happiness. Modern psychology seems to back this up, with studies suggesting that beyond an income of $75,000, money doesn't make you any happier.

This conclusion is simultaneously obvious and counter-intuitive.

As an abstract principle, most us acknowledge that money doesn't buy happiness. But, at the same time, we all want more of something material — a nicer house, nicer vacations, the ability to live in a certain neighborhood or eat at fancier restaurants — that we think would make us happier. (If you're J.D., you think maybe season tickets to your favorite team might make you happier.)

So, we're left with a conundrum. Or, rather, a series of conundrums: Does income in excess of $75,000 make us happier? And if not, why not?

When Money Makes You Happier

In answer to the first question, I believe that all else equal — and as we'll see below, this is a huge qualifier, as things are rarely equal — more money generally makes you happier.

Money can make many things easier, or better. With more money you can:

With more money, you can do any number of other things that people enjoy and that make them happier. And if you're a victim of systemic poverty, more money can change your world.

As much as we pay lip-service to the idea of money not making us happy, it often does, and it's okay to admit this. It doesn't make us materialistic or greedy to want retirement savings, a nicer home, a paid-off car, or a trip to Europe.

When Money Makes You Miserable

Assuming that you buy the premise that (in theory) more money should (generally) make us happier, it raises the question of why (in practice) income beyond $75,000 annually doesn't make us any happier.

I think the explanation for this seemingly irreconcilable conflict is that most people spend the extra income poorly. Most people use money ways that make them less happy.

Their Job Makes Them Miserable.

People who earn a lot of money often assume that they're paid well because of their intelligence and skills. And that is undoubtedly often the case.

But often they're paid well in whole (or in part) because they've accepted a very difficult, demanding job that pays well precisely because it makes people unhappy! A job with long hours, lots of stress, lots of travel and time away from family and friends will generally pay well, but also significantly impair happiness.

It shouldn't then be surprising that people with high incomes are often unhappy. The high income and unhappiness have the exact same origins.

They Spend Money on Things That Bring Them No Happiness.

This isn't just a happy coincidence, that all these kindred spirits serendipitously found each other and formed a happy community. Rather, people succumb to keeping up with the Joneses and continually buy stuff — not because they enjoy it, but because they'd be embarrassed not to have it.

To a large extent, individuals let their peers dictate how they spend their time and money. Living on somebody else's terms — living somebody else's life — is not a recipe for happiness, and if you do it, extra money won't make you any happier. You'll be spending it how other people want you to, not how you want to.

They Take on More Debt.

When people begin to earn more money, they generally upgrade their lifestyle — buy a nicer home and buy a nicer car. The problem is, they don't pay cash for these things. Rather, they use their new, higher income as a means to borrow more money. Far from providing financial security, the extra income often makes their financial position more precarious.

Instead of using the extra income to buy freedom and peace of mind — which would make them happier — they incur more debt, which makes them more anxious than ever, with the added fear that if they lose their job, they'll be humiliated at having to ratchet back their newly lavish lifestyle.

Extra money won't make you happy if it tethers you to a heavily indebted lifestyle.

The lesson here is simple: If you come into more money, it can make you happier — provided that you use it in a way that provides you security, freedom, and sincere pleasure, not merely conformist consumption.

Money, in short, is neutral. It's a tool that can make you happier, or less happy, depending on how you choose to spend it.

Money will make you happier only if you choose to spend it in accordance with your values and your preferences. Nobody — not your parents, not your friends, not your neighbors, and certainly not a blogger! — knows what makes you happy better than you do. But, this doesn't stop people from assuming that they know what is best for you: what neighborhood you should live in, what car to drive, what education you “owe” your kids. If you listen to them, more money won't make you any happier; in fact, it may make you less happy, because you're working hard and incurring debt to live out somebody else's life.

Our family's life is a microcosm of this.

In our twenties, my wife and I both had good jobs in a large city. We had it made by what society values, but we weren't very happy; we worked long hours at demanding jobs. We did however live frugally relative to our incomes.

Burnt out on our jobs, we eventually moved to a smaller city and my wife quit her job so that we could have three kids that she stayed home with. Those were expensive decisions, both in terms of cash outlays and opportunity cost. But they were good decisions; we had less money, but far more joy.

This trade-off was only possible because we had spent many years saving our money, deferring gratification — ignoring a culture that told us to spend as a reward for our hard work — so that when we finally spent the money, we spent it on something that we valued, namely our family. It was the best decision that we've ever made (all the credit goes to my wife!), but it was only possible to live that way in our thirties because of how we had spent, or more accurately not spent, in our twenties.

The point isn't that we're so smart, and that you should have a bunch of kids too. It is in fact the opposite: I have no idea what your best life is.

But then again, neither does anybody else besides you. If you find the courage to decide for yourself what you value, and you use money wisely to pursue your goals and your dreams, you will find that, contrary to popular opinion, money will buy you happiness.

View all posts by Michael Laurence

Fact or fiction: Can a rain barrel save you money?

GRS Insider #92: Racism is not a political issue. Racism is a MORAL issue.

The 13 Commandments of Savvy Consumers