In November 2018, the National Bureau of Economic Research published a paper called “Saving Regret” [here's the full PDF version]. Once you wade through the study's academic language, there's some interesting stuff here about why people do and don't save for retirement.

Saving regret, the authors say, is “the wish in hindsight to have saved more earlier in life”.

Obviously, you can suffer from saving regret at any age. When I met 31-year-old Debbie for dinner last week, her issues boiled down to saving regret. She wishes she'd saved more when she was younger. But for the purposes of this paper, the authors turned their attention to folks aged 60 to 79, people of traditional retirement age.

The researchers found that two-thirds of those surveyed said they should have saved more when they were working: “66.6 percent said they would save more if they could re-do their earlier life.”

As you might expect, the authors found that high-wealth and high-income people experience less saving regret. (I'm pleased that the researchers recognize that there's a difference between income and wealth.)

But what causes saving regret in the first place? Why don't people save more? Let's take a look at what the study found. 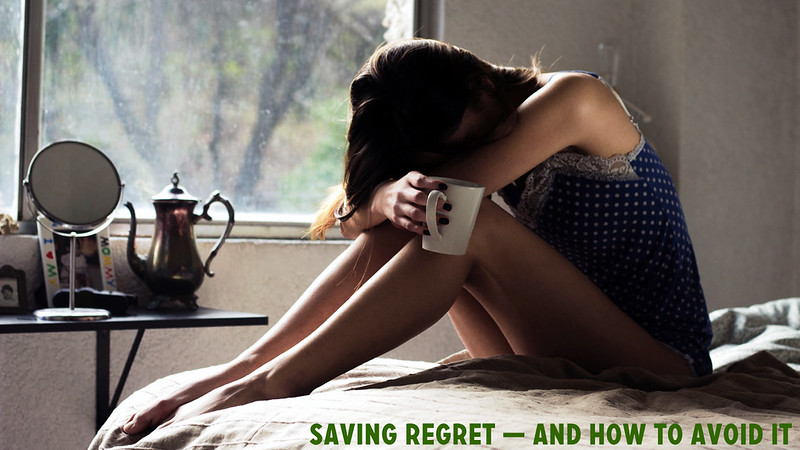 In their survey of 1590 people, the authors asked about education, personality, and what they term “positive and negative shocks”. (The latter is basically trying to to determine how unexpected events affect saving.)

After compiling the results, they reached these conclusions:

“Saving regret is high at the time of or shortly before retirement but is much lower at older ages,” the authors write. They believe there are two reasons for this. END_OF_DOCUMENT_TOKEN_TO_BE_REPLACED