A Brief Guide to Holiday Tipping

I'm getting more requests this year for holiday tipping info than ever before. For example, Nina wrote: “Can you provide some guidelines for Holiday Tipping Etiquette for the holiday season? I'm at a complete loss…” 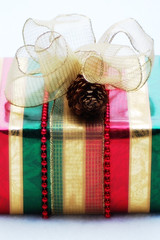 To be honest, I don't know much about holiday tipping. It's not something I was raised with. I covered it briefly in my guide to how much to tip, but I'm basically as in the dark as Nina is. To learn more about the subject, I did a little research. I learned that in some places and for some jobs, holiday tipping is customary.

The December 2009 issue of Consumer Reports includes a survey on holiday tipping habits. Housekeepers are by far the most commonly tipped profession. A full 75% of folks tip their cleaning person — and no wonder. More than half tip their child's teacher. Other than that, holiday tipping is more sporadic. (Only 8% tip the trash collector.)

Here's a list of people who often receive holiday tips and what they typically receive:

This is just a list of people who commonly receive holiday tips. Tipping service people with whom you have regular contact can build goodwill. Everyone likes to feel appreciated; we tend to remember the little gestures others make on our behalf. If you want to tip the bus driver, go ahead. Use your best judgment.

What's your experience with holiday tipping? Is it customary in your area? Who gets tipped and how much?

The Basics of Bonds

The virtue of thrift

Why I Love Budget Travel