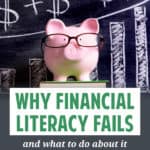 April is Financial Literacy Month in the United States. This is a pure and noble thing. I think it's great that there's one month each year devoted to promoting smart money habits. That said, it has become increasingly apparent over the years that most financial literacy programs fail. They don't work. And this isn't just me speaking anecdotally.

In a 2014 paper from Management Science, three researchers conducted a “meta-analysis” of 201 prior studies regarding the efficacy of financial literacy. Their conclusion?

Interventions to improve financial literacy explain only 0.1% of the variance in financial behaviors studied, with weaker effects in low-income samples. Like other education, financial education decays over time; even large interventions with many hours of instruction have negligible effects on behavior 20 months or more from the time of intervention.

To put it in plain English, financial literacy education makes no discernible difference in behavior. People who take personal-finance classes manage their money no better (and no worse) than the general population.

We're pumping tons of money and time into a fruitless endeavor. All of this push to promote financial literacy accomplishes nothing. Zero. Nada. 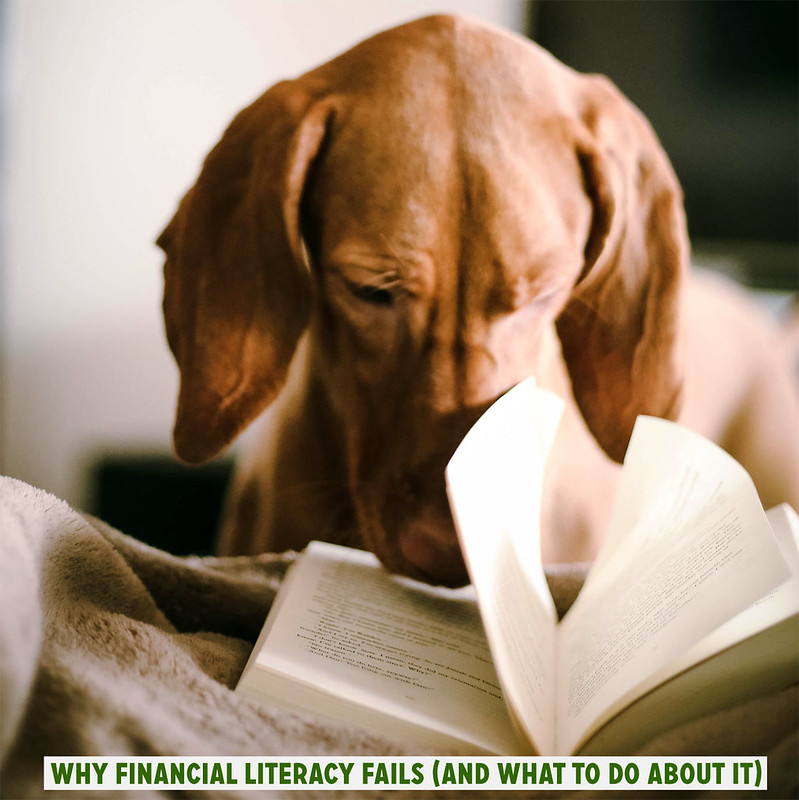 It probably won't surprise you to learn that I have some strong opinions on this subject. Today, let's talk about why financial literacy fails (and what to do about it).

Note: This afternoon (April 24th) at 4 p.m. Pacific (7 p.m. Eastern), I'll be part of a Facebook Live interview about this very subject. If you're free at that time, you should join us! Update: Here's the entire interview.

Financial literacy fails because it almost universally addresses only one part of the problem: math and mechanics. FinLit (as it's sometimes called) focuses on facts and figures while largely ignoring behavior.

This is like promoting sex education that talks about penises and vaginas while never discussing what it's like to be madly in love with somebody, so in love that your brain stops working. For sex education to be effective, it has to deal with real-world circumstances and behavior. It has to teach about psychology and emotions, not just body parts.

The same is true with financial literacy.

In fact, the same is true with actual literacy. The National Assessment of Adult Literacy says that working literacy has two components.

The first part of literacy is about mechanics. The second part is about practical application.

Modern financial literacy efforts spend nearly all of their time on the knowledge piece. I've reviewed maybe a dozen FinLit programs over the years. Most pay no more than lip service to behavior, to the conceptual piece of financial literacy.

Let me give you an example from my own life.

When I was in high school (w-a-y back in the mid-1980s), every senior in our district was required to pass a class in personal finance. It covered topics like compound interest, the Federal Reserve, how to write a check, and the dangers of credit cards.

I took that class. I aced every test. And five years later, I had the beginnings of a debt habit. I'd mastered the knowledge but not he behavior. The behavior was never taught.

From what I can tell, the kids from my high school grew up to be no different than the rest of Americans. We learned the basics of financial literacy, but it had no perceivable impact on the way we saved and spent and earned. We still made stupid mistakes. We still spent more than we earned. Why? Because facts and figurs are only one-half of financial literacy. (And I'd argue they aren't even the most important half.)

The solution to financial literacy isn't to feed people more facts and figures. It isn't to teach them how bonds work or to explain the sheer awesomeness of a Roth IRA. If we want to boost financial literacy in the United States, what we really need to promote is behavioral education.

Personal finance is simple. Fundamentally, you need to know only one thing: To build wealth, you must spend less than you earn. The end. That's it. We can all go home now. Everything else simply builds on this.

Why, then, is it so hard for everyone to get ahead?

For some people, the problem is systemic. There's no doubt that some people are trapped in a cycle of poverty, and they truly need outside help to overcome the obstacles they face.

The math and mechanics of personal finance are easy. It's the psychological side of money that's hard.

One of the key tenets of this site is that money is more about mind than it is about math. That is, our financial success isn't determined by how smart we are with numbers, but how well we're able to control our emotions — our wants and desires.

There's actually a branch of economics called behavioral finance devoted exclusively to this phenomenon, exploring the interplay between economic theory and psychological reality. There's a new wave of folks who are exploring the gamification of personal finance; they're trying to turn money management into a game. More and more, experts are seeing that our economic decisions aren't based on logic, but on emotion and desire.

It's time that financial literacy programs incorporated these new(-ish) approaches into their curriculum.

For years, I struggled with money. I knew the math, but I still couldn’t seem to defeat debt. It wasn’t until I started applying psychology to the situation that I was able to make changes. For instance, I used the debt snowball to pay down my debt in an illogical yet psychologically satisfying way. It worked. And I’ve learned that by having financial goals — such as travel — I’m much more inclined to save than if I have no goals at all. 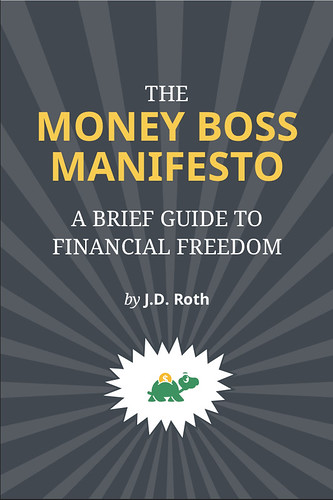 There's a reason that my core message doesn't start with math and mechanics. It starts by asking people to think about their goals and purpose. This is the piece of financial education that's missing in our society. This is what financial literacy education ought to be teaching.

Note: For a clear demonstration of how I'd approach financial literacy if I were to design a program, check out my Money Boss Manifesto. It's a free ebook that outlines the financial philosophy I've developed after nearly fifteen years of reading and writing about money.

Sometimes people wonder why we don't spend more time on the nitty gritty of money around here. Why we don't cover more topics like where to find the best credit cards or how to create a budget?

Ultimately, if we want Americans to be smarter with their money, we need to encourage them to consume less media — to avoid advertising — and we need to teach them to master the emotional side of personal finance. We need to show them how to change their behavior. We need to appeal to their self-interest. We need to help them find intrinsic motivation to save.

Each of us needs to dig deep inside to find what it is that's important to us, what it is that brings us joy, and we need to prioritize that instead of all the other garbage.

I'm not suggesting that we abandon traditional financial literacy completely. But I think a constant push for more financial education is a waste of time if it's only going to focus on mechanics, to stick to facts and figures. To truly be successful, financial education has to address the behavioral side of money because that is absolutely the biggest piece of the puzzle.

There are 192 reader responses to "Why financial literacy fails (and what to do about it)".