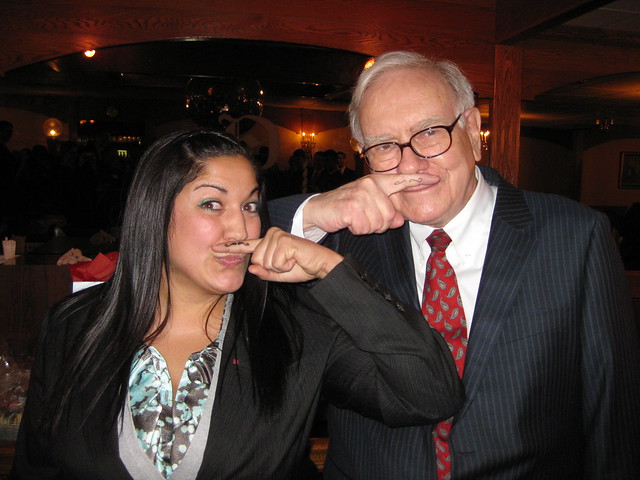 Whenever you make a choice, there's a cost.

Let's look at an example.

Imagine you own a delivery company. You have $10,000 to spend on new equipment. You could buy a new truck to add to the fleet, but then you wouldn't be able to replace the ten-year-old computers in the main office. But if you buy new computers, you won't have as many trucks available to make deliveries. No matter which option you choose, something is lost. That's opportunity cost in action.

While this concept is applied constantly in business, it's often overlooked in personal finance.

When you use money for one thing, that money can't be used for anything else. If you purchase a home with a $1500 monthly mortgage payment, for instance, you can't use that money to travel or to fund your retirement.

Opportunity costs are neither good nor bad. They're simply the price you pay to have what you choose. The problem comes when the choices you make aren't intentional — when you make them out of reflex or habit.

Every time you spend money, there's an opportunity cost associated with it. But you’re not just sacrificing other choices in the present; you're also sacrificing your future freedom.

The Magic of Compounding

American statesman Benjamin Franklin is credited with having said, “A penny saved is a penny earned.” In reality, a penny saved is two pennies earned — or more.

One dollar saved is worth more than one dollar spent.

In the United States, where the tax burden is low compared to other countries, the average worker must earn $1.33 to have $1.00 left over. (In some countries, a worker might have to earn $2.00 to have $1.00 remaining.)

But it gets worse!

If you spend one dollar you could have invested, you don't just lose that dollar but any future return you might have earned on it. Assuming typical stock-market growth, that dollar would have a value of $1.93 ten years from now — and $7.20 in thirty years. (This effect is called “compounding”, which Einstein reportedly called “the most powerful force in the universe”.)

Now, watch what happens when opportunity cost and compounding come together.

You have to earn more than a buck to have a buck; and if you spend that buck, you're also spending its future value.

On average, when you include taxes in the consideration, each dollar an American spends represents $2.57 of value in ten years or $9.57 in thirty years. (If you live outside the U.S., the consequences of spending that dollar are probably even greater.)

The bottom line? The opportunity cost of spending one dollar today is ten dollars you could have had in retirement.

In fact, this single concept is the cornerstone of billionaire Warren Buffett's vast fortune. He recognized the idea when he was ten years old and it's guided his decisions ever since. Here's a quote from a recent Buffett biography:

The way that numbers exploded as they grew at a constant rate over time was how a small sum could turn into a fortune. [Buffett] could picture the numbers compounding as vividly as the way a snowball grew when he rolled it across the lawn. Warren began to think about time in a different way. Compounding married the present to the future. If a dollar today was going to be worth ten some years from now, then in his mind the two were the same.

This idea is so central to Buffett's philosophy that the author named the book after it: The Snowball. (It's a great book, by the way. I recommend it.)

A lot of experts urge people to use the “debt snowball” method to quickly pay down what they owe. Here at Get Rich Slowly, I want you to apply the same concept to life after debt.

Your goal, like Warren Buffett, should be to create a wealth snowball.

When you look at things like Warren Buffett, it's easier to see that saving is not sacrifice. When you save, that money's still spent. It's just not spent on a Mercedes or a big house. It's spent buying your future.

I endorse a concept called conscious spending, which I learned from Ramit Sethi, author of I Will Teach You to Be Rich.

“Being a conscious spender is about making your money match up with your values guilt-free,” Sethi says. “It's about spending extravagantly on the things you love while cutting costs on the things you don't.” (Some experts use the term “mindful spending” to refer to the same concept.)

Conscious spending means actively choosing to spend on some things and not on others.

Contrast this with how most people spend.

We buy things because we're expected to. We spend to have what other people have. We sign up for gym memberships that we never use, subscribe to magazines we never read, and pay for golf clubs that get buried in the garage. We make impulse purchases at the grocery store–or even on large items, like computers and cars. In other words, we often spend without thinking.

The opportunity costs of these unconscious purchases are significant. We’re sacrificing our futures for lesser pleasures today.

But with conscious spending, you evaluate every purchase, asking yourself:

Mindful spending forces you to become more aware of every purchase you make.

You Pay the Price for the Lifestyle You Choose

For a long time, I was willing to spend $200 each month on gym and fitness programs because doing so helped me to lose fifty pounds and become fit. I made an active, conscious decision to spend that money, and I made certain that I derived value from it. I recognized that I was sacrificing a great deal in the future, but I believed my improved health was a worthwhile reward.

On the other hand, I’m unwilling to own a new car. Financial considerations aside, I don’t care enough about features and flash to make such a purchase worthwhile. For somebody else, though, the car might be a worthwhile purchase and the gym membership a waste of money.

“There are things we love, and it's okay to spend on them,” says Sethi. “But you can't afford to have everything. So ask yourself what you don't care about when it comes to spending. Choose to spend your money on what you love instead.”

My colleague Todd Tresidder, the Financial Mentor, once explained it to me this way: “Decide the level of comfort that's right for you. There's no right or wrong. You just have to be willing to pay the price for the lifestyle you choose.”

That's opportunity cost in action. Neither option is correct, but you can't have both. It's up to you to decide what matters most. Truthfully, there's a balance to be had.

When you spend, be sure it’s aligned with your purpose and mission.

Note: I'm migrating old Money Boss material to Get Rich Slowly — including the articles that describe the “Money Boss method”. This is the seventh of those articles.

Look for further installments in the “Money Boss method” series twice a week until they've all been transferred from the old site.

There are 9 reader responses to "How to think like a billionaire: Opportunity costs and conscious spending".