Earning, spending, and saving: The building blocks of personal finance

A couple of weeks ago, Robert Brokamp explained how living below your means is like saving for retirement twice. On the surface, his advice was pretty conventional: The more you save today, the more you'll have tomorrow. This is similar to a point I've been repeating for the past five years.

Smart personal finance can be reduced to one simple equation:

But as I was editing Brokamp's article, I had a flash of insight. What Brokamp was trying to say — and what my little equation tries to quantify — is that basic personal finance comprises three essential skills:

Some folks are good at one skill, but not the others. (Maybe you're good at keeping your costs low, for instance, but struggle to earn money.) Other people are good at two of the skills, but fall down on a third. 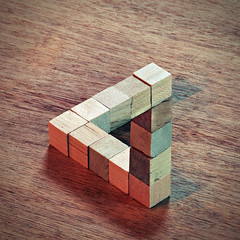 (You might have a good income and keep your costs low, but have a small nest egg because you lack skill in saving.) And still others are passable at all three skills — not really excelling, but not failing either.

To be truly successful at personal finance, you have to maximize your performance in all three areas.

Mastering the Art of Earning

The first skill in this framework is your ability to make money. For most folks, this means managing a career effectively: finding the right job, learning how to ask for a raise, and so on. Others can up their incomes by selling stuff they already own, pursuing money-making hobbies, or starting their own businesses.

Here are some steps that lead to increased earning:

Though some people don't like to hear it, high income is also associated with hard work. The folks who make the most money are often those who work the longest hours. Hard work doesn't guarantee a high income, of course — there are plenty of hard workers stuck in low-wage jobs — but it's tough to master the art of earning without hard work.

And here's another reason to enhance your earning power: As vital as it is to cut your spending, there's only so much you can trim from your budget. Your income, on the other hand, is theoretically unlimited.

If life were a game, your earning score would be easy to calculate: It'd simply be a measure of your annual income. The more you made, the higher your score.

Note: For more on this subject, see my colossal post about how to make money. It's a huge list of ways to boost your income.

While some people find it tough to boost their incomes, others find it tough to keep costs down. There are even those who believe that thrift is overrated, that it's somehow akin to deprivation. But those who dismiss frugality to focus solely on earning are missing a key piece of the puzzle. Your goal should be to create as big a gap as possible between earning and spending.

How do you do that?

If personal finance were a game, your spending score would come from how low you could go. The less you spent, the higher your score.

Remember: Your earning power might bring you wealth; frugality and thrift will help you keep it. By cutting your spending while you increase your income, you'll develop a cash surplus — a surplus that can be used for saving.

Note: For some reason, financial writers often fixate on spending. There's no question that it's important, but it's not the only piece of personal finance. It's one of three basic building blocks. If you embrace frugality but ignore your income and investments, you can't expect to build wealth. Each skill is essential.

Discovering the Secret of Saving

Often when I write about saving, I'm just talking about the difference between what you earn and what you spend. This surplus is important, no question — it forms the foundation of your ability to save — but skill at at saving comes mainly from what you do with your surplus.

If you hide your money under a rock, for instance, your skill at saving isn't particularly good. Anyone can do that. And though you might think you're protecting what you've saved, you're actually losing money to inflation, the silent killer of wealth. (If you use your extra money to play the lottery, I'd argue that your savings skills are especially poor!)

What sorts of things go into becoming a successful saver? This is where a knowledge of investing pays dividends. The secret of saving is to learn everything you can about making your wealth grow. Successful savers:

If there were a scorecard for life, your points for saving would be determined by how much you make your surplus grow, and by how well you protect the money you save.

Note: I used to do a poor job with all three of these skills. Over the past few years, I've become adept at earning, and I'm learning to be a better saver. My spending skill is improving, but remains the weakest part of my personal-finance package.

The Fundamentals of Personal Finance

None of this is earth-shattering; these notions form the core of smart personal finance. What is new — for me, anyhow — is thinking of earning, spending, and saving as discrete skills, building blocks that can be put together to form a greater whole. It's this framework that's new.

Mastering money means mastering each of these three skills. If you can teach yourself all about earning, spending, and saving — and put what you learn into into practice — you'll achieve your financial aims with surprising speed. But so long as one of these skills lags, you'll struggle to meet your goals.

How to shop for high-quality clothes

As featured in:
4 shares